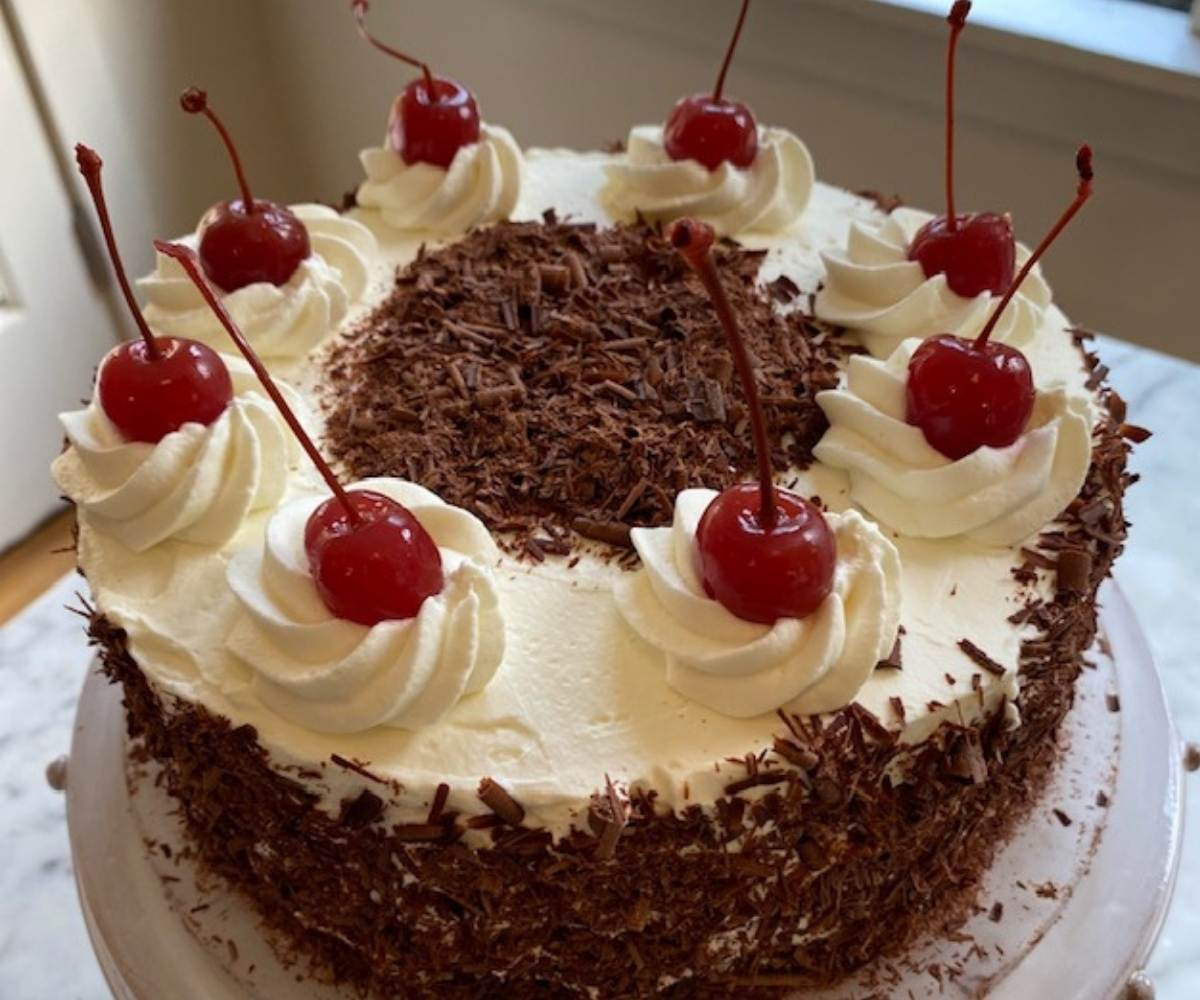 This is a traditional black forest cake recipe. This dark fudgy cake is layered with whipped cream and cherries.

Culinary historians debate the origins of black forest cake. Some attribute it to the Black Forest region of southwestern Germany. This area is famous for its sour cherries and the liquor locals make from them. Others insist that the chocolate curl layer on the outside of the cake resembles a dark forest. This seems a bit dubious to us. In any case, the cake became popular just after the second world war.

It was our father’s favorite treat when his family would go out to eat at one of the many German restaurants that dotted Yorkville in the 1950s and 1960s. We also always remember him ordering it when we would go out for a special lunch treat at Patisserie Boissiere in Carmel as children. At the time, we found the kirsch flavoring pretty suspicious and the combination of chocolate and cherry a bit far-fetched. So, we were surprised when one of our kids (unprompted) requested a cake with “chocolate and cherry” in it for dessert one night.

Traditionally, you make Black Forest Cake with a chocolate sponge. We have, however, never met a chocolate sponge cake that we liked. They have a tendency to be very dry. Instead, we suggest subbing in favorite dark chocolate cake recipe. We like to make this cake in four thin layers. Some recipes also call for stewing the cherries in a bit of sugar. We prefer the flavor of fresh tart cherries with the whipped cream and dense cake. We find it easiest to make this recipe over several days, since it has a lot of components. The chocolate cake freezes well and can be made up to several weeks ahead.

How About Some Other German Treats? 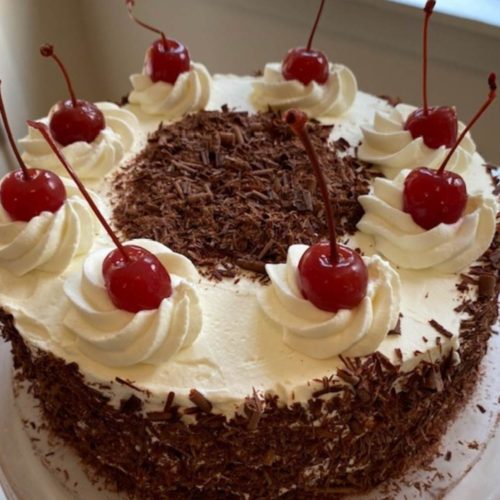 For the Kirschwasser (cherry liquor) Syrup

For the Kirschwasser Syrup

For the Whipped Cream Frosting:

For the Chocolate Shavings:

Keyword cherry, chocolate, German, kirsch, whipped cream
Tried this recipe?Let us know how it was!