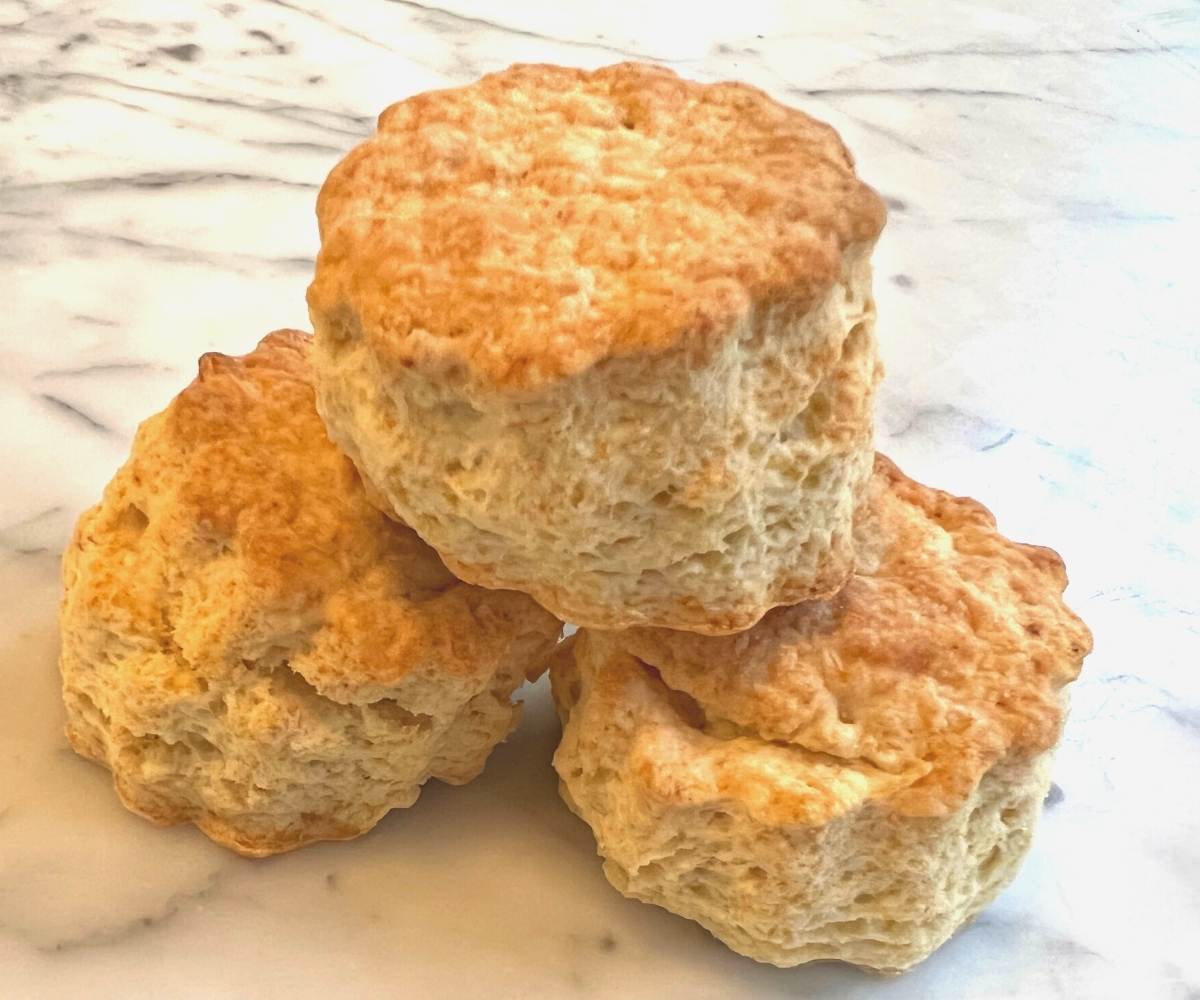 A Short History of the Biscuit

Modern biscuits are a relatively recent culinary innovation, although the term “biscuit” can be traced back to the Middle Ages. The word comes from the Latin “biscotus,” which means “twice-cooked.” Medieval biscuits, along with their Roman predecessors, were more like modern biscotti. They were an unleavened combination of grain flour and fat. Roman biscuits were typically baked twice, ensuring that it would last for a long period of times.

The combination of portability and durability made biscuits very popular with travelers and, of course, armies. In the 18th century, biscuits (also known as hardtack) were essential in fueling long sea voyages. They were legendarily tough and disgusting to eat. So tough, in fact, that they could also, conveniently, serve as postcards, as in the image below.

We now associate biscuits with the Southern part of the United States. They were not, however, refined and perfected there until the 19th century. Prior to that date, wheat flour was very expensive. Corn flour was much more prevalent, which is why cornbread was so popular. In the mid-nineteenth century wheat flour milling technology improved and it became much cheaper and more available. This coincided with the invention and mass-marketing of chemical leaveners to home bakers. And so, the biscuit as we know and love it today was born.

Ironically, given their origins as a durable food product, the American versions of biscuits are remarkable for their extremely short shelf life, so enjoy your tender biscuits right out of the oven. These fluffy biscuits are the perfect accompaniment for your favorite jam or sausage gravy. They also taste great framing eggs and bacon in a breakfast sandwiches!

In the United States, we use the term biscuit in reference to a savory treat. In the United Kingdom, sugar was introduced to the 18th century version of biscuits. “Biscuits” are now what Americans would call cookies.

Are these perfect biscuits not meeting your breakfast dreams? Check out some alternative breakfast recipes from the blog:

Some Useful Tools for Making this Biscuit Recipe

Biscuit Recipe Without Cream of Tartar

Keyword biscuit
Tried this recipe?Let us know how it was!

As Amazon Associates, we earn a small commission from qualifying purchases when you click on links embedded in this post.