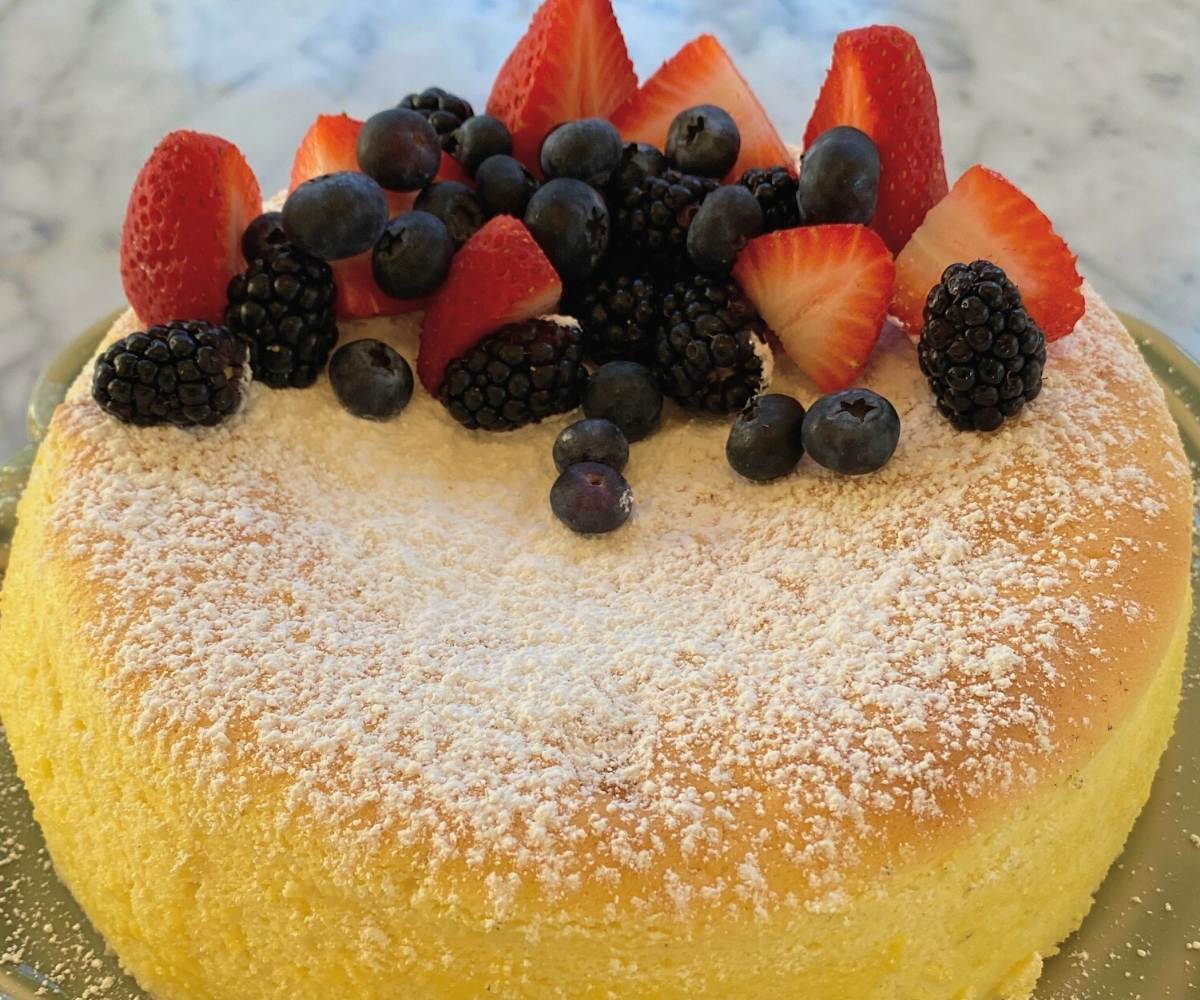 This jiggly cake recipe is also known as a Japanese style cheesecake or a soufflé cheesecake. It is lightened with beaten egg whites, resulting in a light and airy texture.

We are fascinated by the way recipes pass from one culture into the next, adapting to local palates as they move. This jiggly cake recipe is a good example of this. Culinary historians tell us that a Japanese chef named Tomotaro Kozonu tasted the German version of a regular cheesecake (known as Kasekuchen) during a trip to Berlin in the 1960s. On his return home, he experimented with the classic cheesecake recipe. He kept its tangy flavor, but reduced the sugar and lightened it. The texture of the cake is billowy, like a soufflé. It reminds some people of cotton balls. The cake first became popular in the 1990s but it took Tiktok’s 1 minute videos of adorably jiggly Japanese cheesecake slices to bring the idea to the masses.

A Word About Hot Water Baths

We hate a hot water bath (see our feelings on this topic in our New York style cheesecake recipe), but for the best result, you’ll need to button up your chef’s whites and face up to your fears. Can’t get over your fear of burnt flesh but still craving some cheese cake-y deliciousness? That’s ok, we’ve got you covered with our no-bake honey mascarpone whipped cheese cake recipe. Craving something a little more solid, but equally mild, check out our New York style cheesecake without sour cream.

For the jiggly cake

Keyword cheese cake, cream cheese, japanese desserts
Tried this recipe?Let us know how it was!