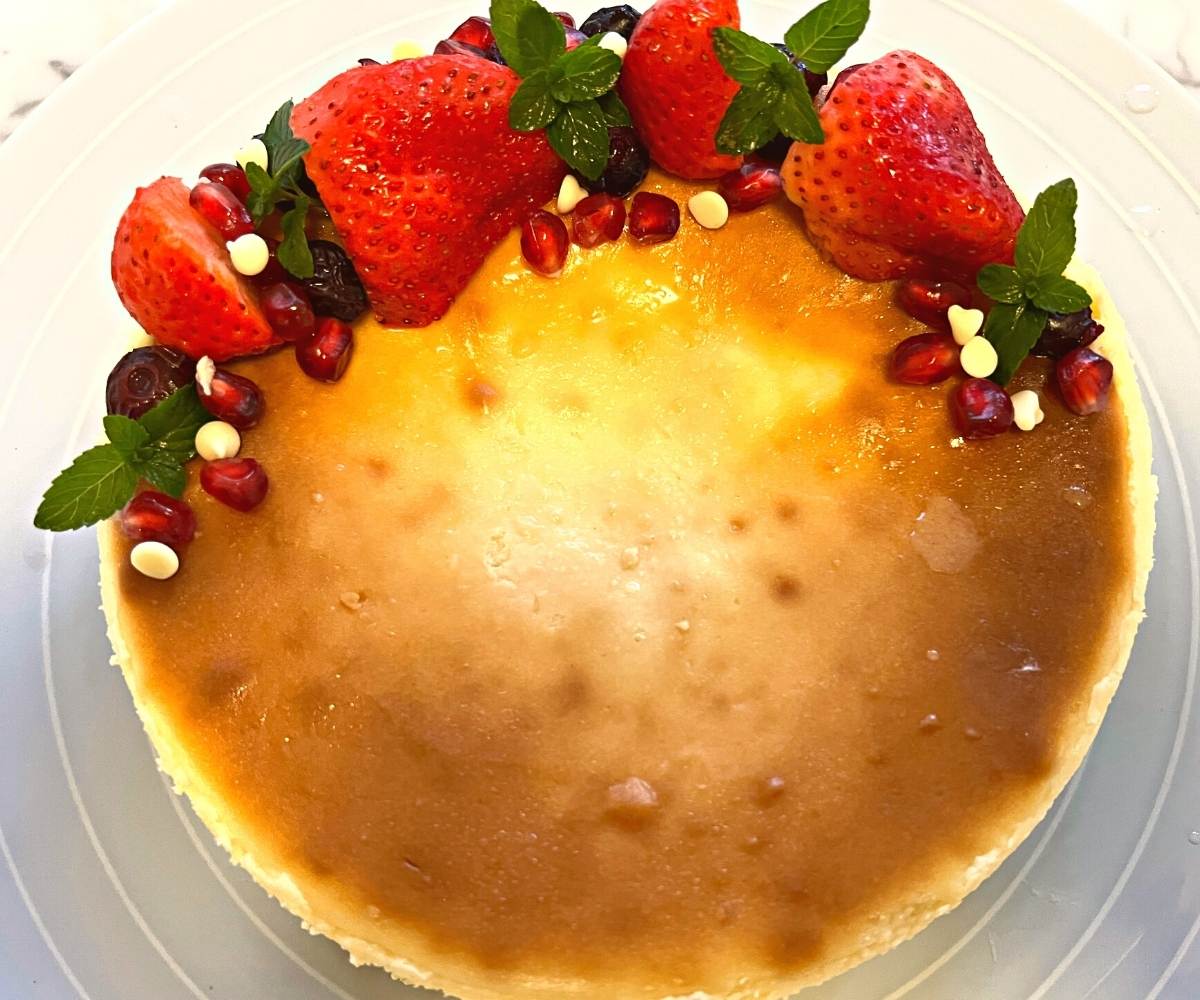 This is a cheesecake recipe without sour cream. The sour cream is replaced with heavy cream, resulting in a milder flavor and a lighter texture.

Variations on the New York Cheesecake: Cheesecake Recipes Without Sour Cream or With Sour Cream

This is a variation on a classic New York style Cheesecake. For those of you who really love and know New York Cheesecakes, this version is closer to Junior’s. Our classic New York Style Cheesecake Recipe more closely resembles the Carnegie Deli’s. Carnegie Deli style cheesecake has a crust made of graham cracker crumbs and uses sour cream in the batter. Junior’s uses a sponge cake base and includes heavy cream in place of the sour cream in the batter. Both recipes provide a classic cheesecake experience. Just as we can’t pick a favorite child, we can’t pick a favorite cheesecake. If you happen to like your creamier cheesecake filling with a more toothsome graham cracker crust, or are just feeling intimidated by the idea of baking a sponge under your cheesecake, feel free to substitute in the graham cracker crust featured in our New York Style Cheesecake Recipe.

While the Carnegie Deli cheesecake is a little more sturdy, the Junior’s style is a bit more delicate and definitely requires a gentle hot water bath to keep it from cracking. If you hate water baths that much, consider sticking with the Carnegie Deli version. However, if the whole notion of turning your oven on to produce a cheesecake is just too much for you, this Whipped Cheesecake recipe requires no baking! If you have mastered your fear of water baths and really wanted something a bit lighter but still cheesecake tasting, our Japanese Style Cheesecake is the way to go.

For the sponge cake crust

For the cheesecake batter

For the sponge cake:

For the cheesecake batter:

To get the cleanest cuts, use a very sharp large chef’s knife, rinsing the knife with warm water between pieces. This cheesecake is very rich, so it’s a good thing it keeps well in an airtight container in the refrigerator for several days. There are so many ways to decorate this cake – please don’t allow your creativity to be limited! You could easily drizzle on a chocolate ganache or caramel sauce (or both!). Warmed lemon curd could also be drizzled over the top.
Keyword cheese cake, cream cheese, heavy cream
Tried this recipe?Let us know how it was!

As Amazon Associates, we earn a small commission from qualifying purchases when you click on links embedded in this post.