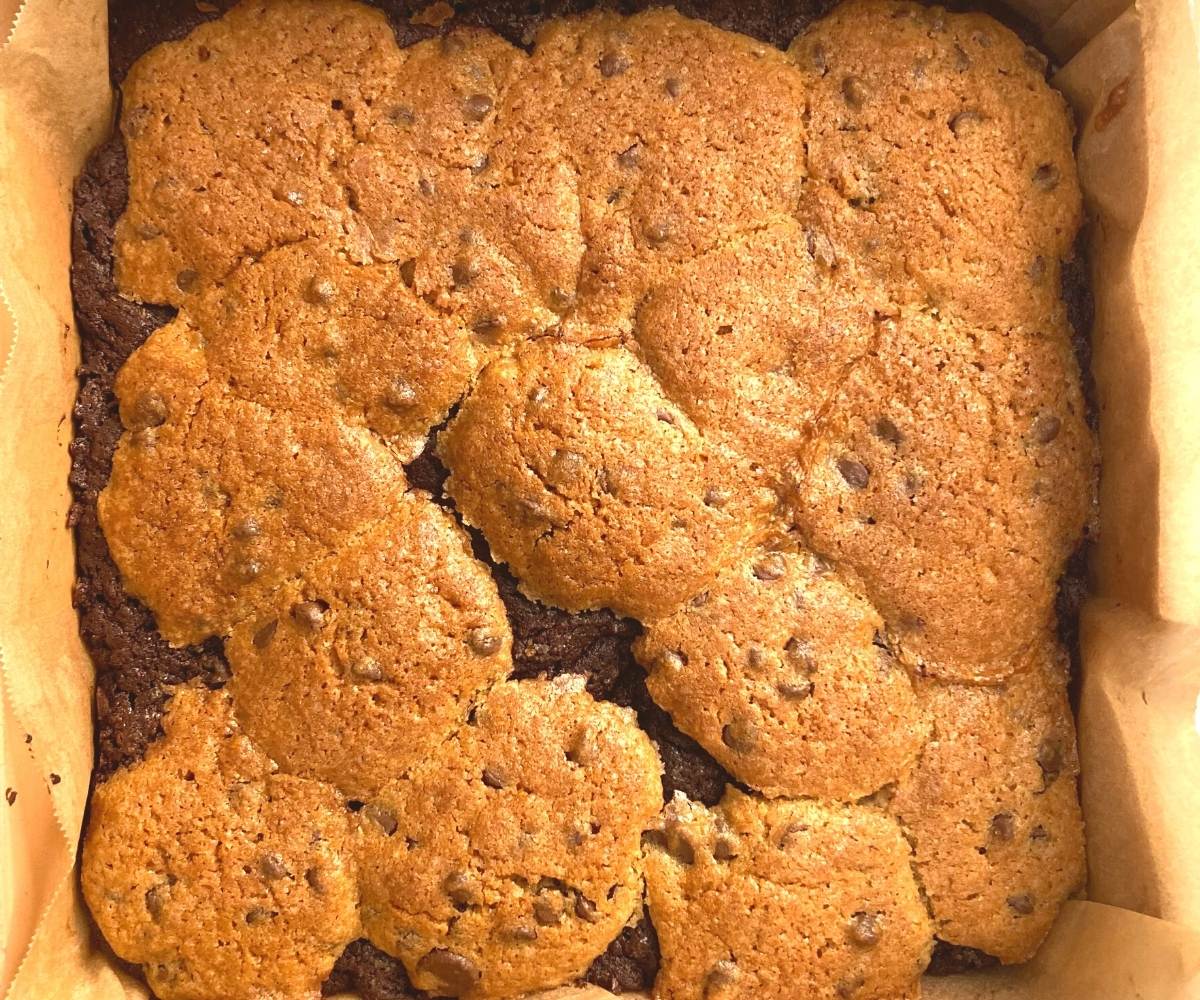 Do you ever have those days when you just can’t decide–peanut butter and jelly or ham sandwich? Pickles or ice cream? The good news is, now you’ll never have to pick between a brownie and a cookie ever again! This brookie cookie recipe combines the best of both worlds.

The history of the brookie cookie recipe is, indeed, very short. Culinary forces seem to have coalesced around the idea around 2015. A Los Angeles-based company perfected an elegant brookie recipe that is baked in a cupcake pan for ease of portability. Milk and Brookies was featured on Shark Tank (along with another one of our favorite Los Angeles based dining establishments, Everytable) but lost. In a later interview, the founder of Milk and Brookies says that, while he perfected the brookie, he can’t claim to have invented it and doesn’t know who did.

Around the same time, major pizza chains including Domino’s and Papa John’s seem to have decided that the brookie was the perfect treat to follow an enormous pizza and began featuring it on their menus in an array of forms – bar shaped, pizza shaped, and cookie shaped. So the name of the original inventor of the brookie, like so many great culinary innovators, has been lost.

What is this Brookie Thing?

These brookie cookies are the ultimate dessert. It takes our favorite brownie recipe and plops cookie dough on top. The brookie, like so many other great combinations (peanut butter and jelly, Sonny and Cher) is so much greater than the sum of its parts. The fudgy brownie cuts the sweetness of the cookie, while the cookie’s crunchy texture lightens the density of the brownie. It’s a winner! 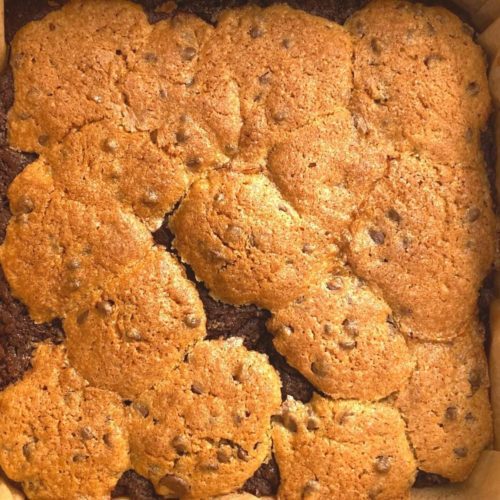 For the fudgy brownie layer

For the brownie layer

These brookies are excellent served warm, and our favorite way to enjoy them is with a scoop of ice cream!  Brookies keep well wrapped in plastic wrap for several days. They’ve never lasted more than 48 hours in our house, so we’re not entirely sure what their expiration date might be!
Keyword brownie, chocolate chip, cookie
Tried this recipe?Let us know how it was!

Looking for something a bit more, well, cookie like? We have some great chocolately options! Check out: