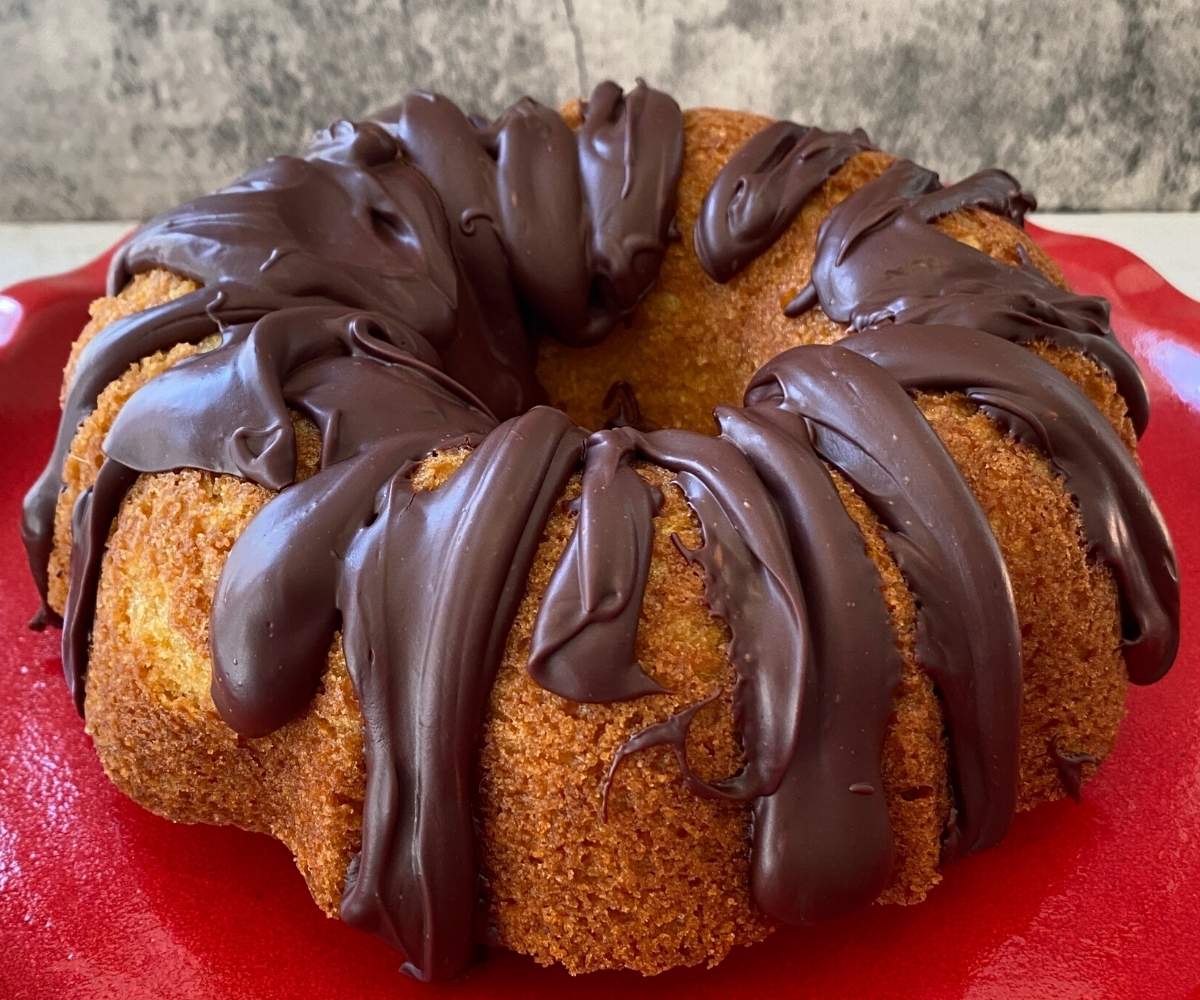 About this Bundt Cake Recipe

We have previously waxed lyrical about our favorite 6-cup bundt cake pan, so please forgive the repeat. We love how adorable bundts look with minimal decoration. This beautiful cake is particularly delightful, with its moist crumbs and mild almond-orange flavor. The chocolate ganache gives it a dramatic appearance with minimal effort. This recipe was originally developed by Swan’s Down cake flour and named “Golden Anniversary Cake.” Swan’s Down provides no detail about why the cake is so suitable for a golden anniversary, but we can confidently say that it’s the kind of anniversary gift we’d be thrilled to receive (hint, hint, husbands! Also, feel free to also gift some bling, along with the cake. There’s never a bad time to give your wife bling.).

A Short History of Bundt Cakes

The bundt’s shape derives from the long European history of cakes baked in decorative cake forms, of which the Gugelhopf (a molded yeasted bread) is perhaps the most famous. Bundts are unique in that they are not characterized by any particular recipe, but by the shape of the pan in which they are baked. The pan is torroidal in shape (yep, we had to look that word up, too, but we’re here to educate, not just entertain). This essentially means that they are round and have a hole in the center, like a doughnut, if you will.

Bundt Cakes were “invented” by the Dahlquist Brothers, founders of NordicWare. Friends asked if the company could produce a more modern version of the traditional cast iron (aka very heavy) gugelhopf pan. They developed a much lighter cast aluminum version, the same material that we still use today. In order to trademark the product, they invented a new name, adding a “t” to the traditional German “bund” cake, which can sometimes be used in reference to a Gugelhopf. They initially struggled to find a market for their cake pan, and it was not until 1966, when Ella Helfreich’s “tunnel of fudge” cake (more on that later), won the annual Pillsbury Company Bake-Off, that Bundt cakes entered the mainstream of American baking.

Inspired by this short history to try all the Bundt cakes? We’ve got you covered! Check out our pumpkin bundt with bourbon caramel glaze or our classic rum cake.

Ingredients for the Bundt Cake Recipe

Instructions for the Bundt Cake Recipe