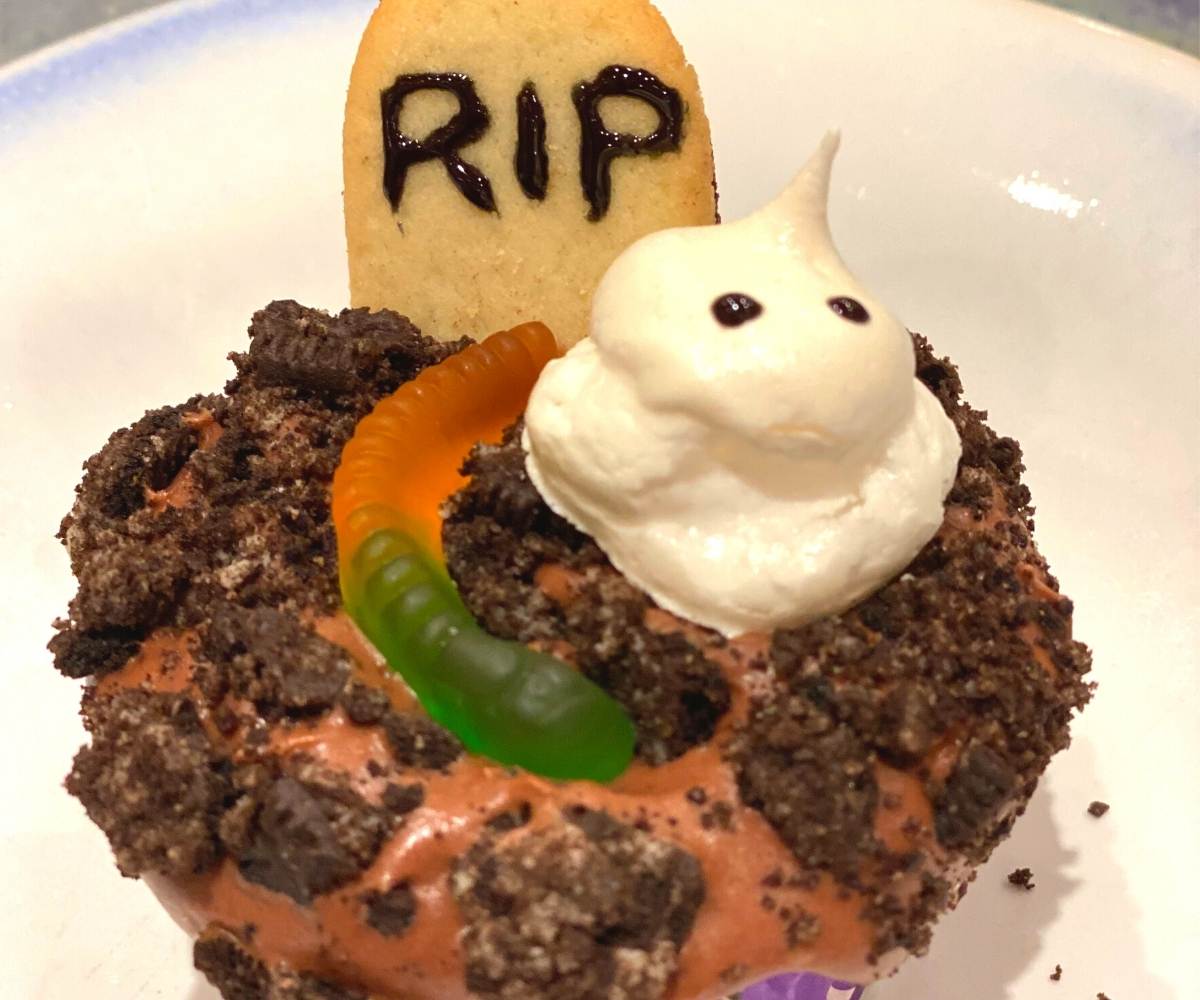 These ghost cupcakes have a vanilla base with a fudgy chocolate frosting, some oreo dirt, and some ghostly spirits.

We first visited our current neighborhood a few weekends before Halloween and were struck by how obsessed the residents seemed to be with the holiday. Our previous house had been on a busy street and we rarely got any trick-or-treaters. In our new neighborhood, on Halloween night, kids come streaming in from the surrounding areas. It’s the block party to end all block parties. The houses are decked out with all kinds of tombstones, ghosts, aliens, and spiders. When surrounded by such festive cheer, it’s hard not to get in a halloween-y spirit!

A Short History of Halloween

Halloween is now second to Christmas in terms of retail spending in America, but it has some distinctly uncommercial origins. The Celts originally celebrated Samhain on November 1, marking the end of summer and harvest, and the beginning of winter — a period associated with human death. They lit huge bonfires, wore costumes made of animal skins, and believed that the presence of the spirits of the dead gave the day special powers to predict the future. Through a long and windy history involving its sort-of-adoption by the Catholic church, and bypassing some Puritans, the Halloween holiday really arrived in American in the early 20th century, along with waves of Scottish and Irish immigrants. The holiday grew in popularity in the 1950s, when the post-war baby boom focused the holiday on children and community. Faced with some small miscreants making mischief on the holiday, many communities decided that it was better to bribe kids to stay off the street and make mischief (tricks) with small treats.

These ghost cupcakes combine a couple of favorite recipes – a vanilla birthday cupcake from Smitten Kitchen, along with our favorite fudgy chocolate icing, to make a special holiday treat. If you were looking for an all-chocolate Halloween extravaganza, check out our chocolate graveyard dirt cake.

Ingredients for the Ghost Cupcakes

Instructions for the Ghost Cupcakes

For the meringue ghosts:

For the fudgy chocolate frosting: