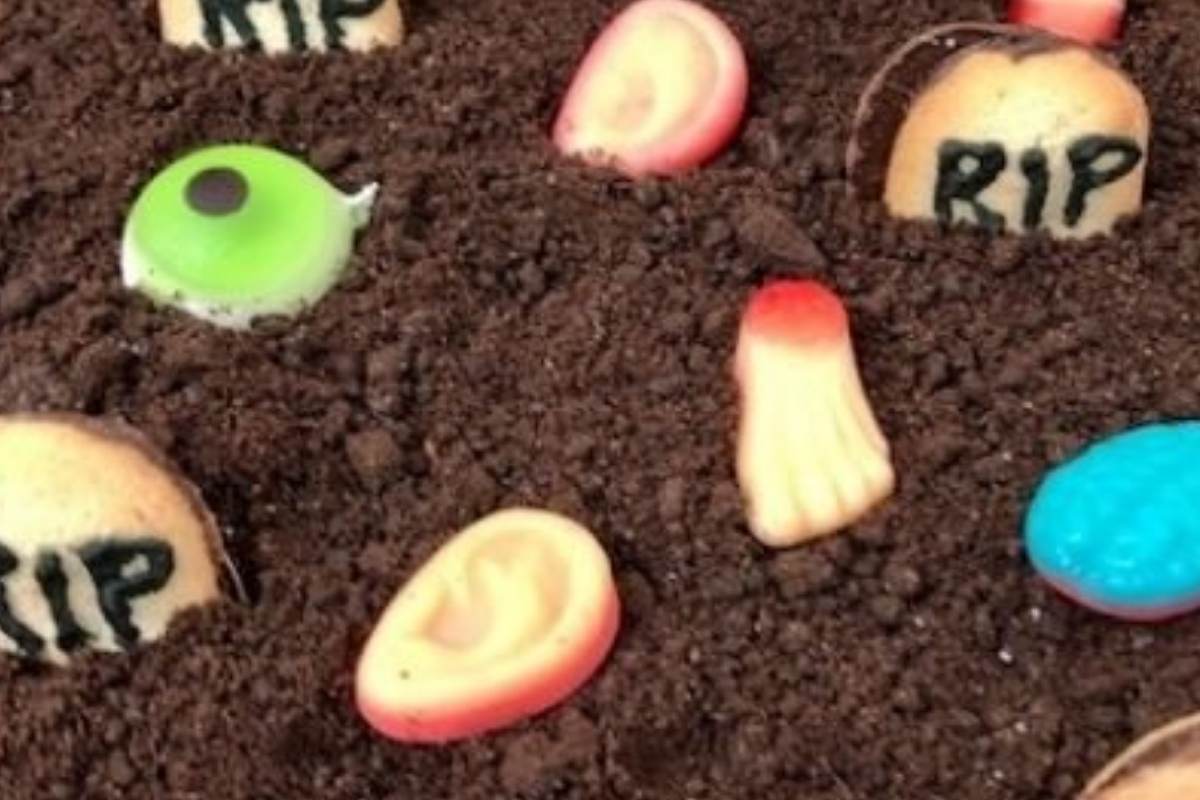 This Halloween Dirt Cake Recipe is the star of our Halloween celebrations. It’s rich and chocolatey, and very, very silly.

Halloween is coming. Do you know what the best thing about Halloween is (other than pets in totally ridiculous costumes)? Halloween Desserts! We stockpile recipes all year round to adequately prepare for what might be our favorite baking holiday.

A Short History of Dirt Cake

Dirt cake is evolved from Mississippi Mud Pie, which was first published in the mid-1960s. Mud Pie traditionally consisted of a fudge-topped and swirled ice cream pie in an oreo crust. Mud pie was one of the signature desserts of the 1970s and 1980s, when it was promoted by large chain restaurants like Chart House as the “chocoholic’s dessert.” Dirt Cake, despite its name, like its Mud Pie precedent, is traditionally a no-bake treat, consisting of layers of chocolate pudding, crushed oreos, and whipped cream. It’s origins might more accurately be traced to English trifles, which layer a cookie or cake component with whipped cream and custard. Dirt Cake received a definitive boost from the arrival of gummy worms (introduced by German candy manufacturer Trolli) in 1981.

As you’ll see, this cake is a little bit different from a traditional dirt cake. Shockingly, it actually is what it says it is. We like to use our favorite dark chocolate cake, topped with our fudgy chocolate icing, more like a Mississippi Mud Cake, its close relative. It’s definitely not no-bake. From there, it’s all about the decorations, starting with the oreo crumbs standing in (obviously) for the graveyard dirt. Then, it’s all on you to find the creepiest Halloween candies on the market! We’ve recommended some below, should you need some help. 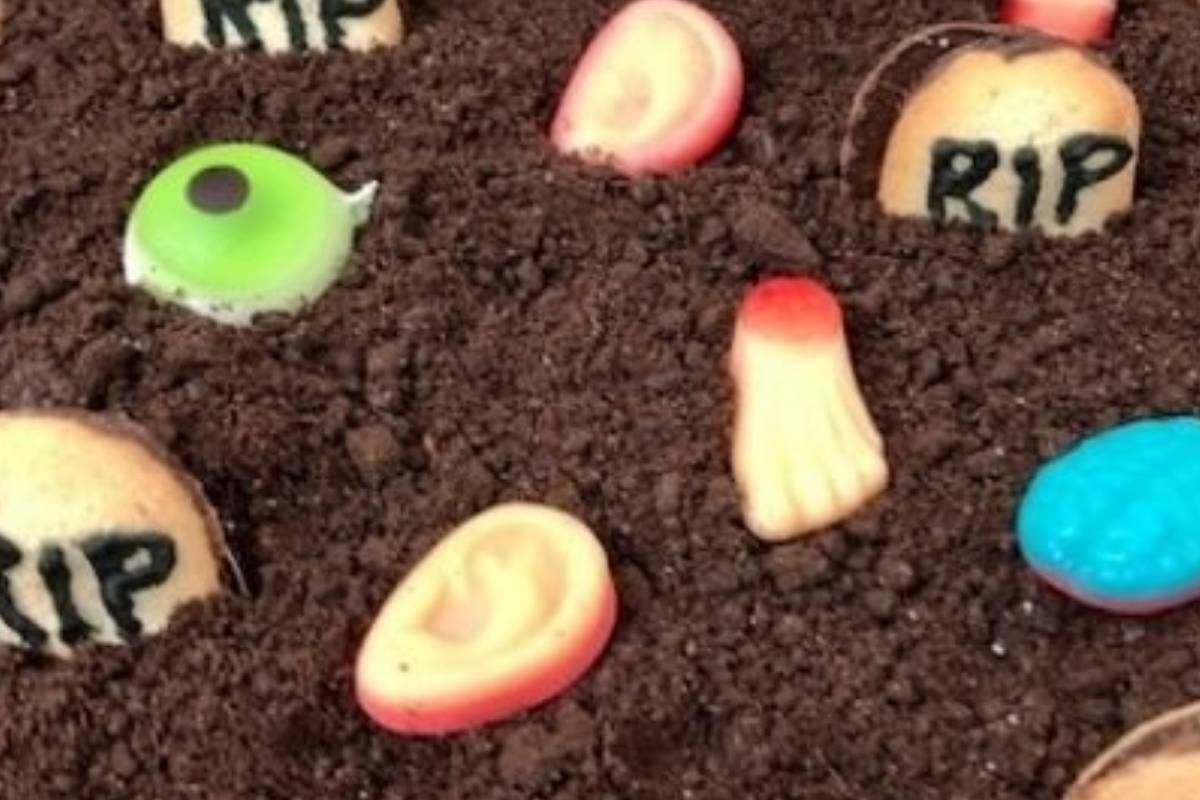 Ingredients for the Cake:

Ingredients for the Frosting:

Ingredients for the Decorations:

Instructions for the cake:

Instructions for the frosting:

We make this as an 8 x 8 inch square, but you could easily make individual servings of this graveyard dirt cake in a clear plastic cup. As a reminder, should you be facing a busy Halloween season, this chocolate cake keeps extremely well wrapped in plastic wrap in the freezer and defrosts quickly in the refrigerator.
Keyword chocolate, chocolate cake, frosting, oreo
Tried this recipe?Let us know how it was!