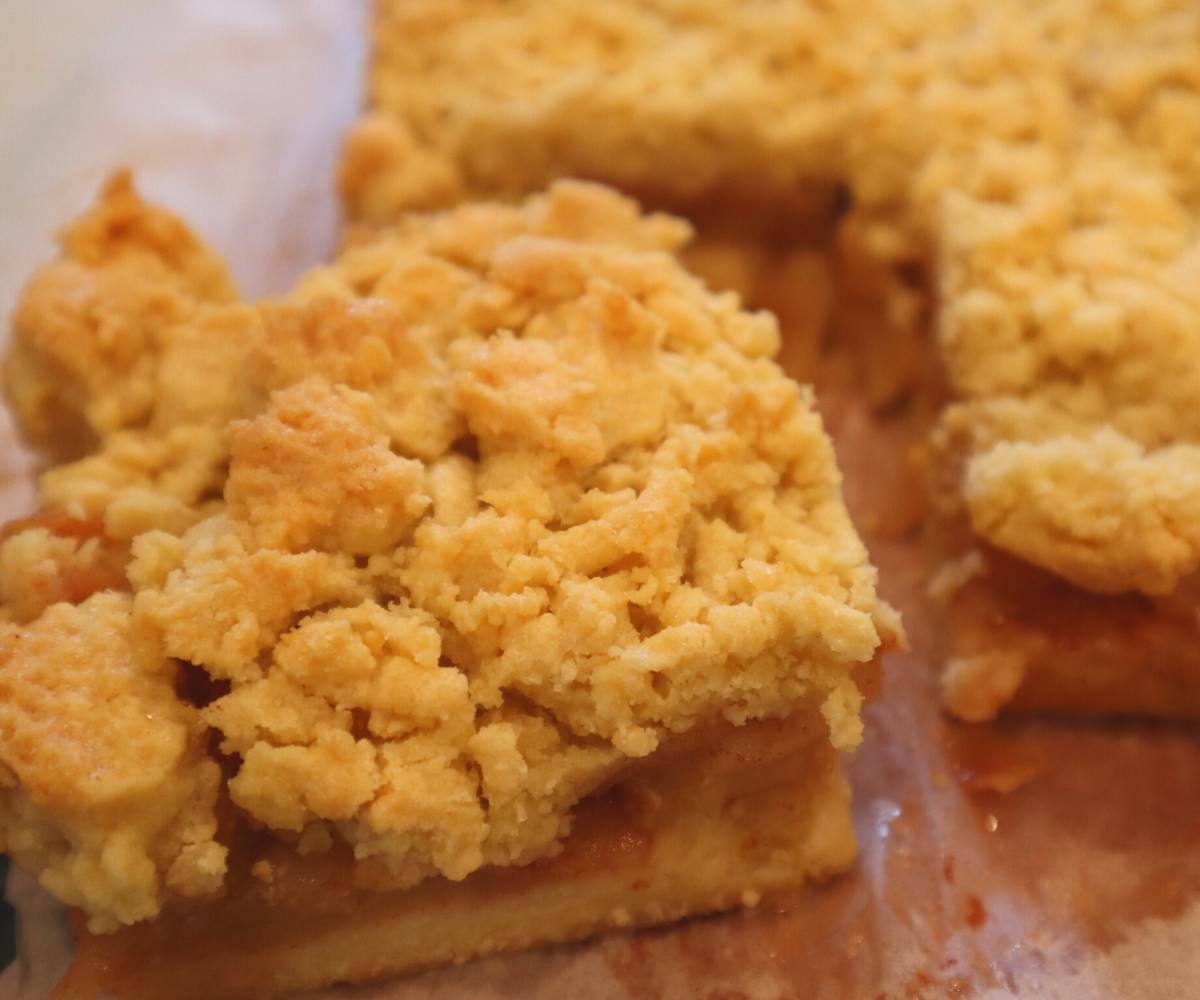 A Short History of this Polish Apple Cake Recipe

Apples were first introduced to Poland in the 7th century by Cistercian monks. They quickly became a staple food of the region, appearing in pancakes, stews, and soups, among many other things. Apples remain wildly popular in Poland. Today Poland is one of the largest growers and exporters of apples in the world.

The first recorded recipe for an apple cake comes to us from Medieval England. It’s entirely possible, given how much Poles love apples, that contemporaneous versions emerged in Medieval Poland. The name Szarlotka traces its origins back to Antoine Careme’s Charlotte Russe. The dessert is thought to have been named after Queen Charlotte of England, the unfortunate consort of (Mad) King George III. Careme’s version layers stewed apples with stale bread slices and spices. The Polish szarlotka recipe we’re making today is an altogether different beast. It has a cake-like crust, perhaps more closely resembling an apple pie or an apple crumble bar. Szarlotkas famously come in a wide variety of forms, with some containing a layer of meringue, others having a more puff pastry like topping, and some, like this one, a bit more rustic. 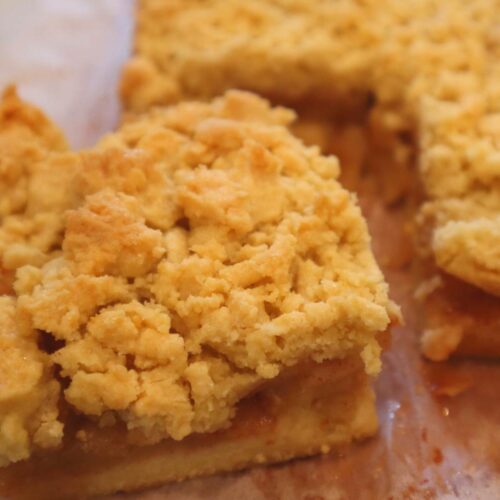 For the apple filling:

Keyword apple
Tried this recipe?Let us know how it was!