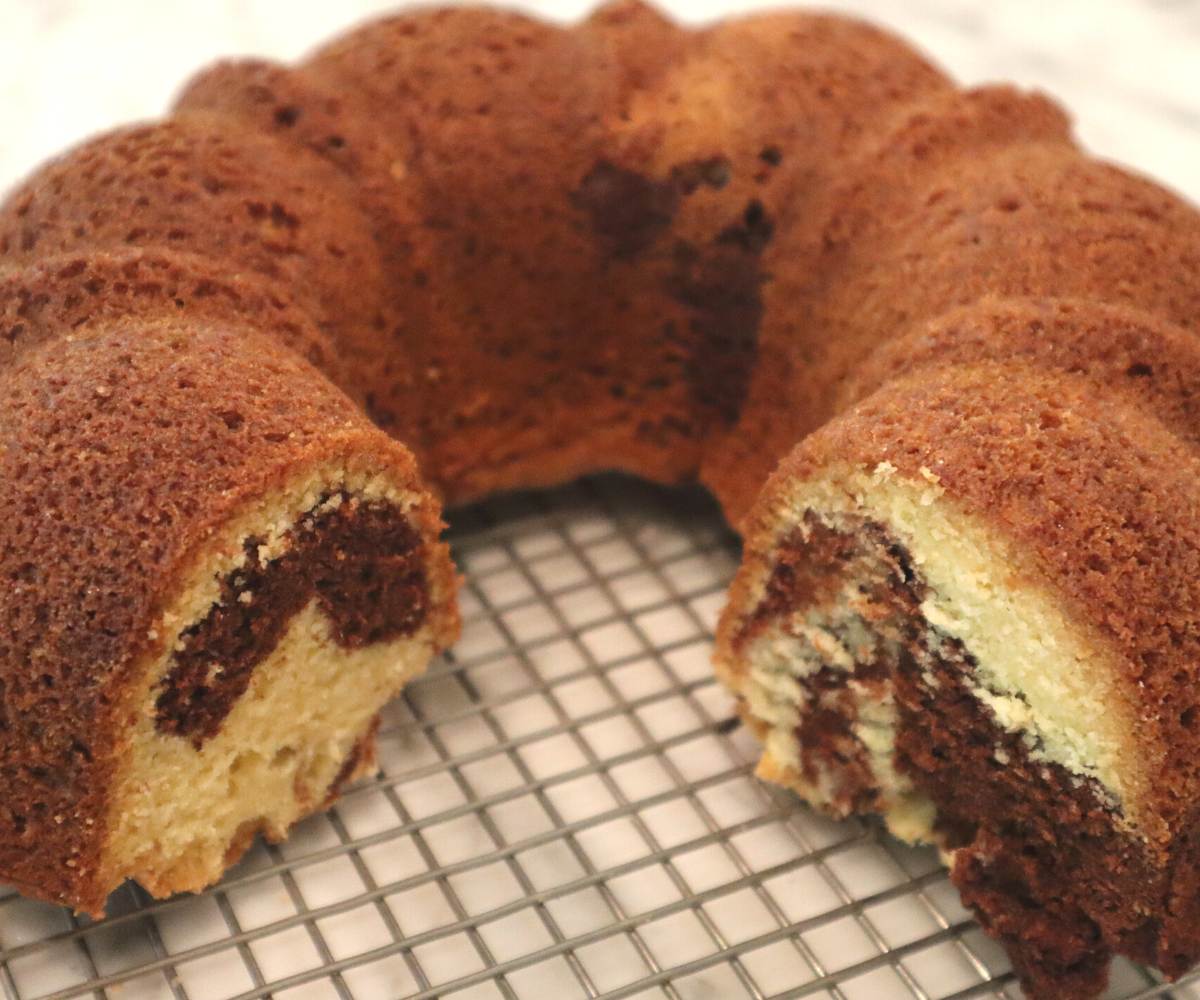 This marmorkuchen recipe produces a moist swirled chocolate and and white chocolate bundt cake. The technique for this pretty cake is very simple – by running a knife through two different colors of cake batters, you create a marbled effect.

A Short History of Marmorkuchen

Marmorkuchen, like so many other wonderful cakes, first emerged in Germany in the 19th century. Early marble cakes achieved a marble effect by swirling a spiced batter with a yellow cake batter. German immigrants brought marble cakes with them to America. In both Germany and America, as chocolate became more affordable and available at the end of the 19th century, it gradually replaced spices as the flavor of choice. And so, the classic marble cake we know and love was born.

In Germany, marble cake seems to have remained very popular into the 20th century. An influx of German bakers to the United States after World War II brought about a resurgence of interest in the recipe. Typical German marble cakes use a pound cake and melted chocolate swirled together. They are baked in either a kugelhopf (very tall bundt) or a loaf pan. In America, German-American bakers often added almond extract to the chocolate batter and called it a “German chocolate” flavor. As those bakers retired in the 1980s, marble cake began to disappear from view. We’re happy to contribute to bringing it back to the center of baking interest, where it should be.

In Germany, marble cakes remain very popular. Marmorkuchen are favorite cakes for Sunday afternoon get togethers and birthday celebrations. This particular traditional German marble cake recipe uses white chocolate to amp up the vanilla flavor in the white portion of the batter, making it extra rich and extra delicious.

Love bundts? Here are some more of our favorite Bundt cakes:

German Baking: Beyond the Marmorkuchen

Love German cakes? Check out these other traditional German recipes 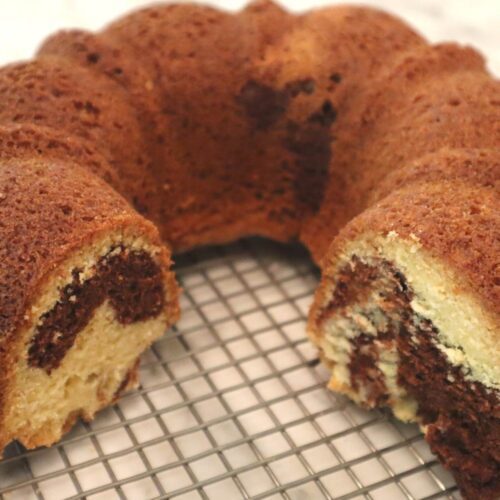 Keyword bundt cake, chocolate, white chocolate
Tried this recipe?Let us know how it was!