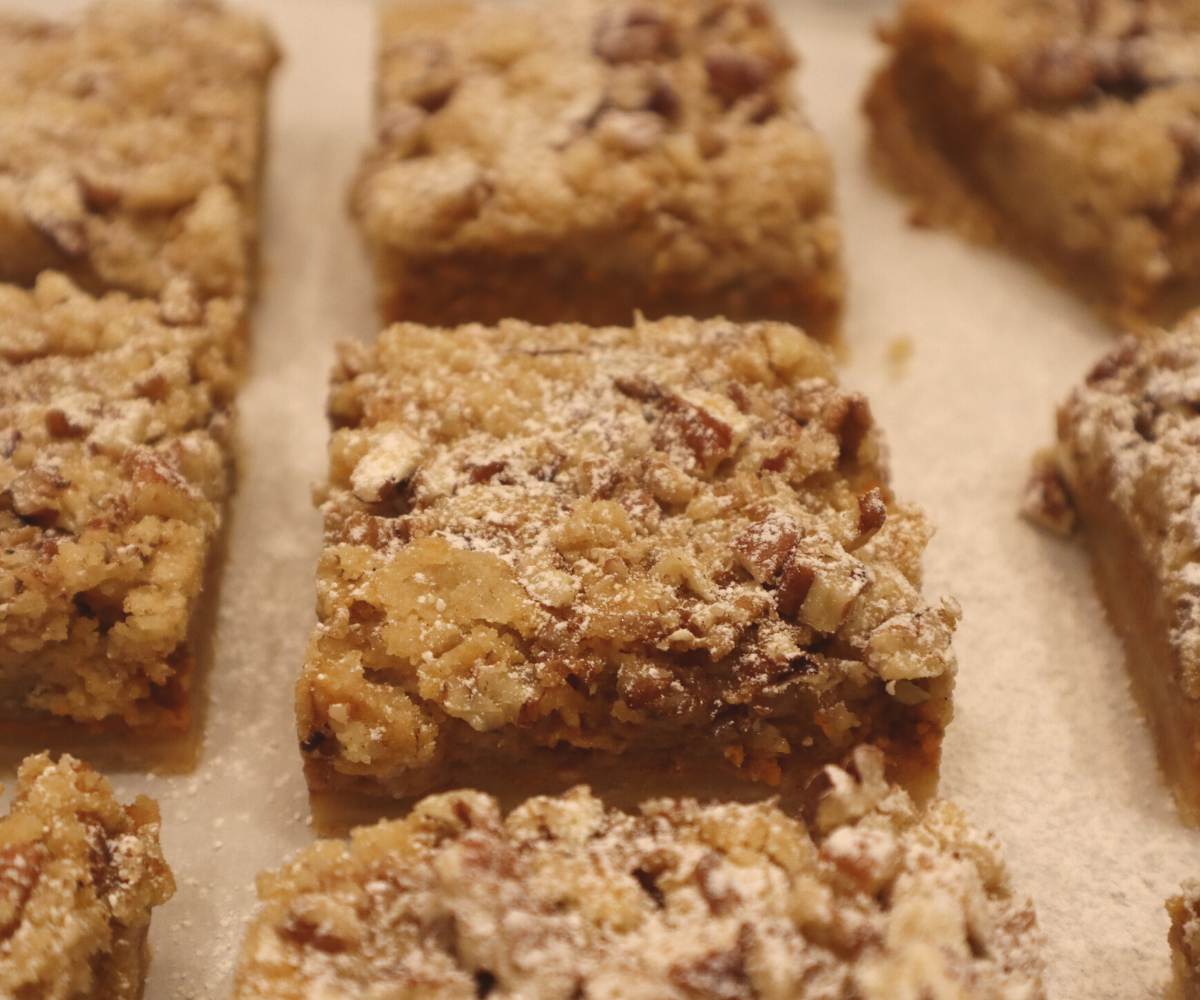 Pumpkin pie crunch cake is a dessert of mysterious origins. But, our inability to track down its history shouldn’t stop you from enjoying this perfect fall dessert, which tastes like a classic pumpkin pie sandwiched between two layers of shortbread, with crunchy pecan sprinkled over the top.

A Short History of Canned Pumpkin

All of our fall season favorite pumpkin desserts rely on a can of pumpkin for their pumpkin flavor. But, where do canned pumpkins come from? And who was Libby of Libby’s famous canned pumpkin? The story of canned pumpkin begins with a man named Elijah Dickinson, who was born in 1795 in Spotsylvania, Virginia. After fighting in the war of 1812, in around 1835, Dickinson packed up all of his worldly possessions and headed West — first to Kentucky, and then on to Eureka, Illinois. Rumor has it that he brought his favorite pumpkin seeds with him from Virginia, although it is equally possible that while working as a farmer in Kentucky, he developed the pumpkin that would later become known as the “Dickinson pumpkin.”

The Dickinson Pumpkin, unlike the one illustrated on the can, has grey-green flesh, with a very orange and sweet flesh. It proved to grow very well in Eureka, where there was a long, hot, growing season. Dickinson’s descendants developed a canning facility and began to can the pumpkin, along with a variety of other meats and vegetables. In the 1920s, the Dickinson family sold the plant to a company known as Libby, McNeil, and Libby. The company’s name was eventually shortened to Libby’s. In the 1950s, Libby’s, like so many other food manufacturers, began to develop recipes to print on the back of its product to help develop the market. And so, Libby’s famous pumpkin pie was born, and pumpkin fans rejoiced.

In the 1970s, Nestle purchased Libby’s. Libby’s continues to both grow and can 80% of the world’s canned pumpkin. During the growing season, pumpkins are tested frequently for flavor as they are canned by…what else? Turning them into pumpkin pie.

Love pumpkin? So do we! Here are a few more of our favorite pumpkin recipes. 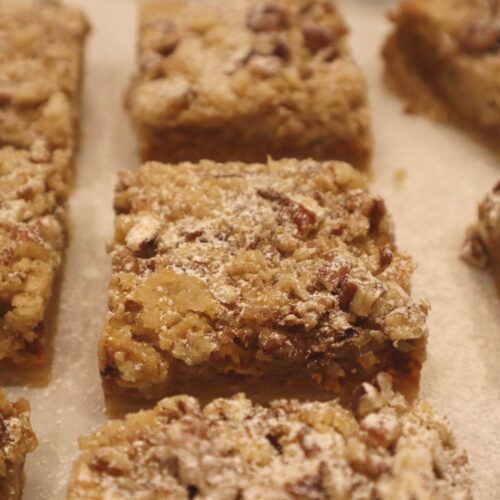 A Recipe for Pumpkin Pie Crunch Cake From Scratch

Pumpkin pie crunch cake is a dessert of mysterious origins. But, our inability to track down its history shouldn't stop you from enjoying this perfect fall dessert, which tastes like a classic pumpkin pie sandwiched between two layers of shortbread, with crunchy pecan sprinkled over the top.
5 from 1 vote
Print Recipe Pin Recipe
Prep Time 30 mins
Course Dessert
Cuisine American
Servings 12 people

Serve this delicious dessert with whipped cream or a scoop of vanilla ice cream and some caramel sauce. If you can avoid eating the entire cake in one sitting, it keeps nicely wrapped tightly in plastic wrap.
Keyword crunch, Pecans, pumpkin, pumpkin pie
Tried this recipe?Let us know how it was!