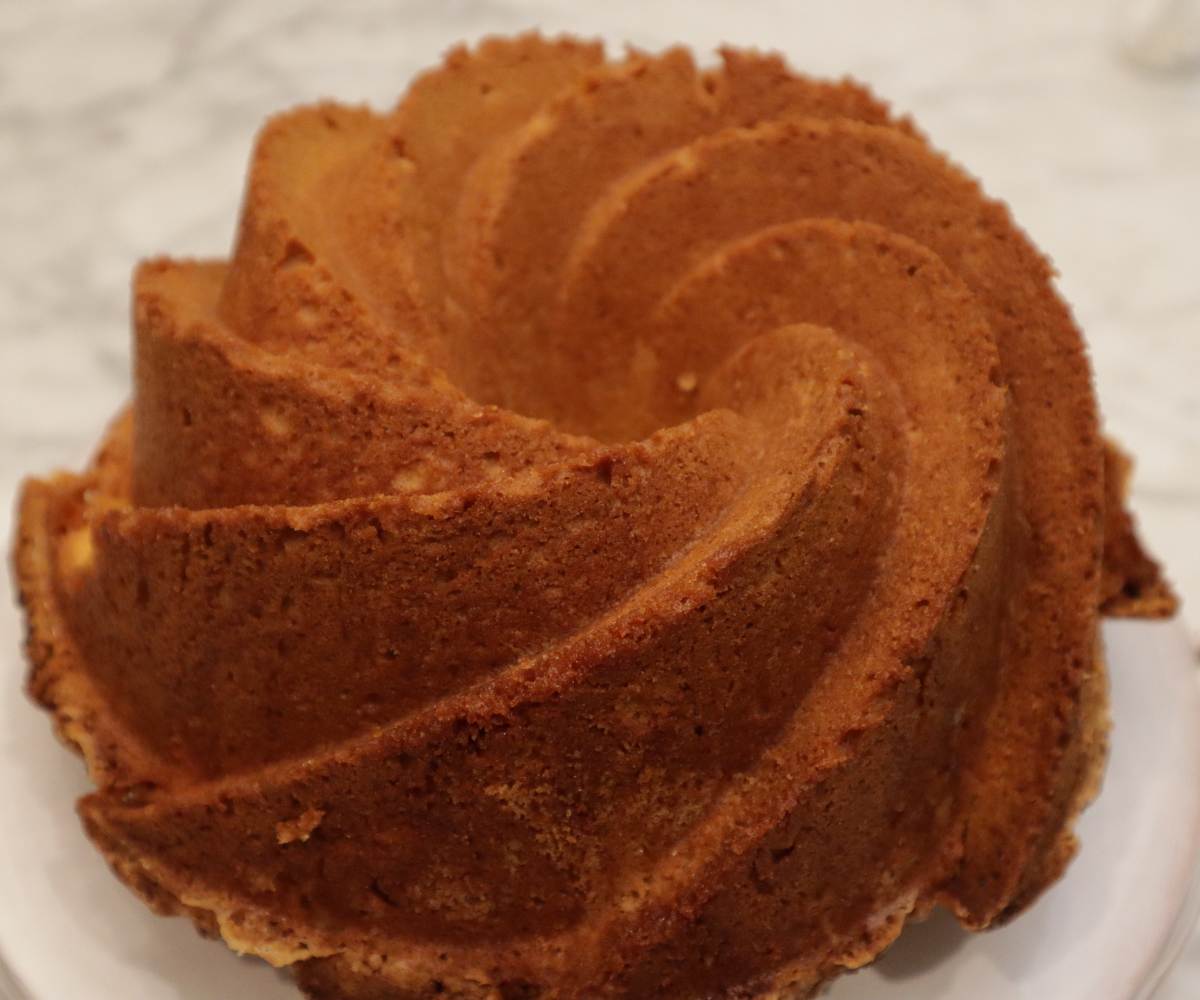 This whipping cream pound cake recipe was Elvis Presley’s favorite, and with good reason. It has a caramelized exterior, and a tender interior, thanks to the substitution of cake flour and addition of whipping cream to a traditional pound cake.

A Short History of this Whipping Cream Pound Cake Recipe

Food historians trace the first pound cake recipes to Northern Europe, where they emerged in the 18th century. The recipes contained, as their names explain, equal parts (roughly one pound each) of butter, sugar, flour, and eggs. We associate pound cakes with the American south perhaps because one of the first Black cookbook authors, Abby Fisher, included not one, but two pound cake recipes in her 1881 cookbook “What Mrs. Fisher Knows About Old Southern Cooking.” Abby Fisher’s recipes each had a different leavening method – one with yeast, and the other with egg whites. Cooks experimented with the traditional pound cake recipe over the years.

The origins of the addition of whipping cream to pound cake are unknown, but the recipe is now most associated with Elvis Presley. Jenelle McComb, a family friend of Elvis’s from Tupelo, Mississippi, claims that it was a favorite of his and that she would bring him one every Christmas and holiday. McComb gave her recipe to food historians Jane and Michael Stern on the 10th anniversary of his death. It was published it in Saveur magazine and Elvis fans have since practiced an annual “TCE” day (Taking Care of Elvis Day) by consuming vast quantities of his favorite cake.

This luscious cake, like the classic pound cake recipe, contains no baking powder or other leavening agent other than the room temperature eggs, which should be beaten thoroughly into the batter to ensure maximum lift. The extra fat from the heavy cream gives this moist pound cake a richer flavor and an especially velvety texture. 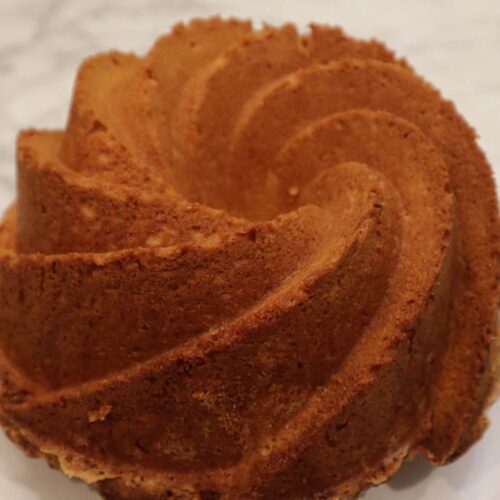 This whipping cream pound cake recipe is said to have been Elvis Presley's favorite, and with good reason. It has a caramelized exterior, and a tender interior, thanks to the substitution of cake flour and addition of whipping cream to a traditional pound cake.
5 from 1 vote
Print Recipe Pin Recipe
Prep Time 20 mins
Cook Time 1 hr 20 mins
Course Dessert
Cuisine American
Servings 12 servings

Serve this old-fashioned pound cake in thick slices with fresh berries and a scoop of vanilla ice cream. This cake keeps well for several days wrapped tightly in plastic wrap or in an airtight container.
Keyword pound cake
Tried this recipe?Let us know how it was!