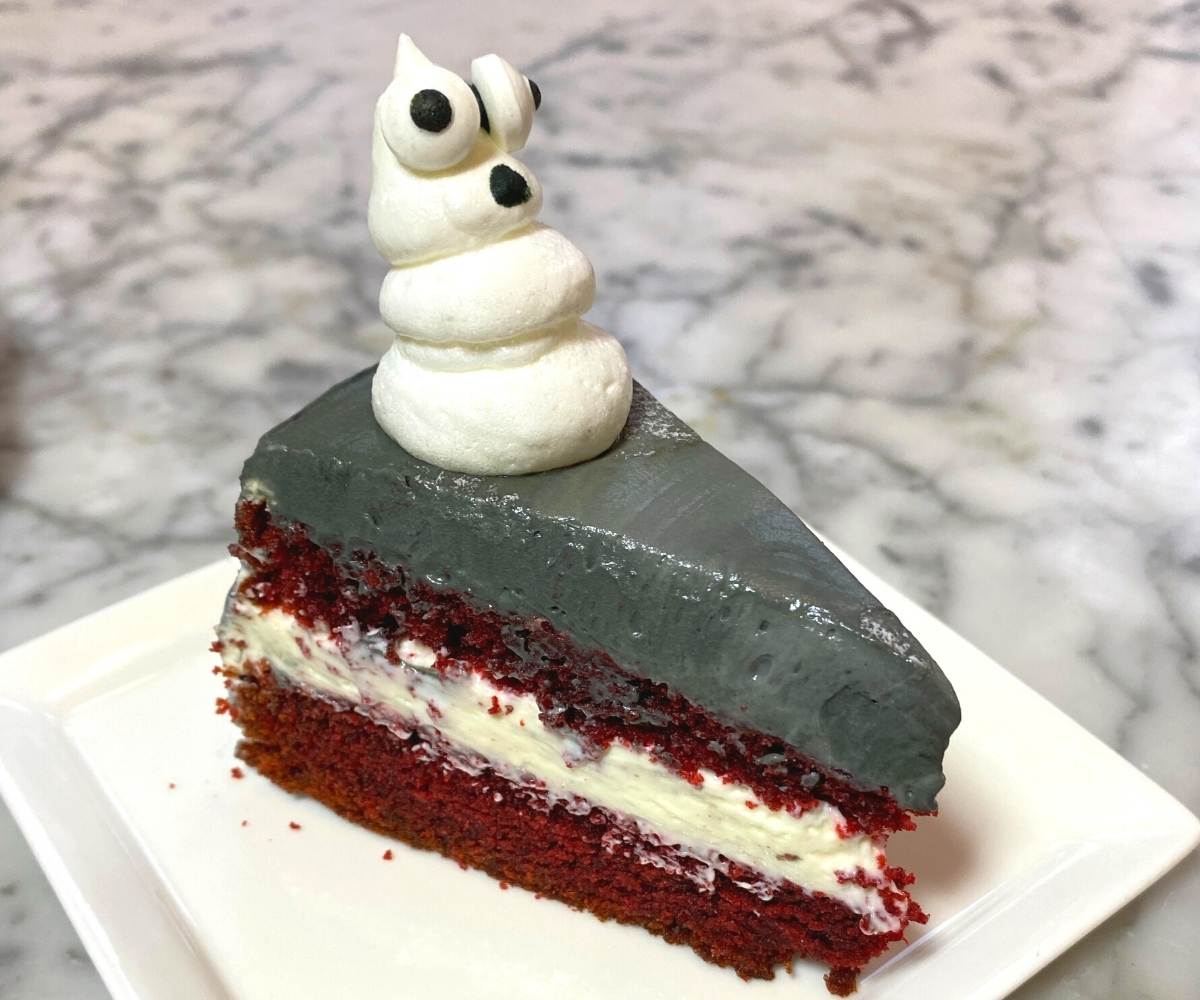 A Short History of This Real Red Velvet Cake Recipe

Some key facts: in the 19th century, flours were coarser, resulting in a coarser crumbed cake. The term “velvet” was applied broadly to any cakes that included ingredients that might give the cake a finer crumb.

In the early 20th century, cocoa began appearing on store shelves. It wasn’t the “Dutch processed” kind we use today. It was raw cocoa, containing higher levels of anthocyanin, a pigment found in plants, fruits and vegetables. When the raw cocoa was combined with an acidic ingredient like buttermilk, the anthocyanin would turn red. The higher fat content, and inclusion of the cocoa, would also have given this cake a velvety crumb. The chemical reaction of the cocoa and the buttermilk would give a classic red hue. Hence, this cake’s name: “Red Velvet.” The cake was generally served with a French roux-based icing, called “Ermine Frosting,” making it quite the fancy get-up.

The origins of the cake are a bit murky. It became very popular in the Southeastern part of the United States. The red tone got a boost when the Adams Company developed the first red food color for the mass market. They used recipe cards (including, of course, Red Velvet Cake!) to market their products. As early as 1943, the recipe earned its place in the firmament of American cooking and baking, through its inclusion in an edition of the Joy of Cooking (although the author professed that she did not care for the recipe). During the war years, when both sugar and butter were hard to come by, beet juice gave the cake added moisture sweetness, and color.

The cake fell out of favor in the later part of the 20th century. It was, however, featured in the 1989 film “Steel Magnolias” (in the form of an Armadillo-shaped groom’s cake) launching a re-popularization of the recipe. Red velvet everything, including some things of doubtful quality, like granola bars and smoothies, quickly followed.

Looking for a Halloween chocolate cake? Check out this graveyard themed chocolate dirt cake and ghostly cupcakes, among the many other Halloween treats below. 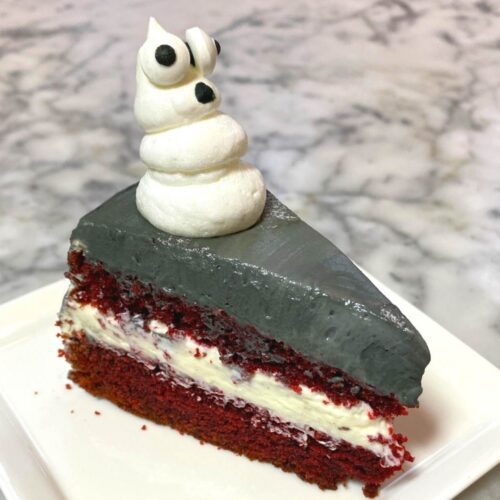 For the Sweet Cream Cheese Frosting:

For the Meringue Ghosts:

This recipe looks intimidatingly long but can be made over several days.  The cake layers keep perfectly in the freezer.  The meringues can be stored for several days in an airtight container at room temperature.  The frosting can be made ahead and stored in an airtight container in the refrigerator.
Keyword chantilly cream, cocoa, layer cake, meringue
Tried this recipe?Let us know how it was!