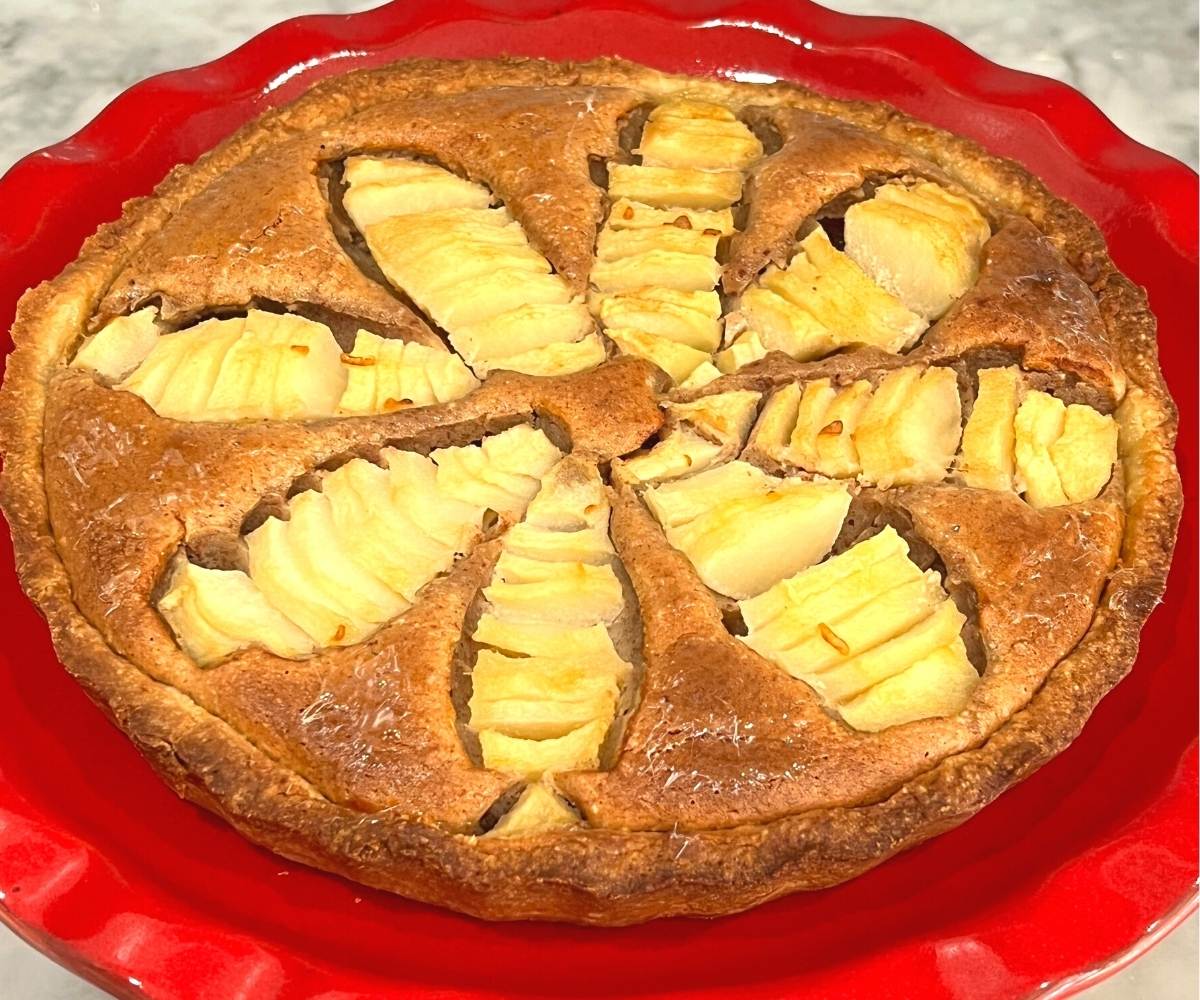 This French pear tart recipe look beautiful and festive. The pears rest in an almond filling (also known as frangipani), which sets off their delicate flavor beautifully.

Who and What is Frangipani?

We did a deep dive into Marquis Muzio of Frangipane. He seems to have been either a renowned general, or a man with very stinky gloves…or both? The Frangipanes, after whom the tart filling is named, were an old Roman family, whose power seems to have peaked in around the 11th century.

A later descendent, Marquis Muzio Frangipane, fought for Charles V of France, receiving the Order of St. Michael, the highest possible military award. While living in Paris, he apparently started the trend of sprinkling stinky leather gloves with almond essence to minimize their odor. Perhaps his military successes gave him outlandishly stinky gloves? Or perhaps he just had a sensitive nose and couldn’t come up with a simpler solution for laundering his gloves? In any case, the fashion caught on, and French pastry chefs named almond scented pastries after him.

About this Pear Tart Recipe

This French pear tart recipe is also known in some circles as “Tarte Bourdaloue,” after a street in Paris very close to Notre Dame cathedral. A bakery on the rue Bourdaloue first began selling an almond cream based tart. Fresh pears, or poached pears, were later added to the confection. This pear tart consists of three elements – a tart shell, the frangipani filling, and sliced pears. The words “French” and “simple” seem mutually exclusive in the world of baking, so we would be lying if we said this was an easy recipe. On the other hand, this delicious recipe is just fussy enough that many would consider it an impressive dessert, perfect for the holiday season!

Looking for more fall recipes? Here are some apple and pear based options, if this tart is just too fussy for you:

For the sweet tart dough

For the sweet tart dough

For the filling and assembly

Keyword almond, butter, French, pear, tart
Tried this recipe?Let us know how it was!