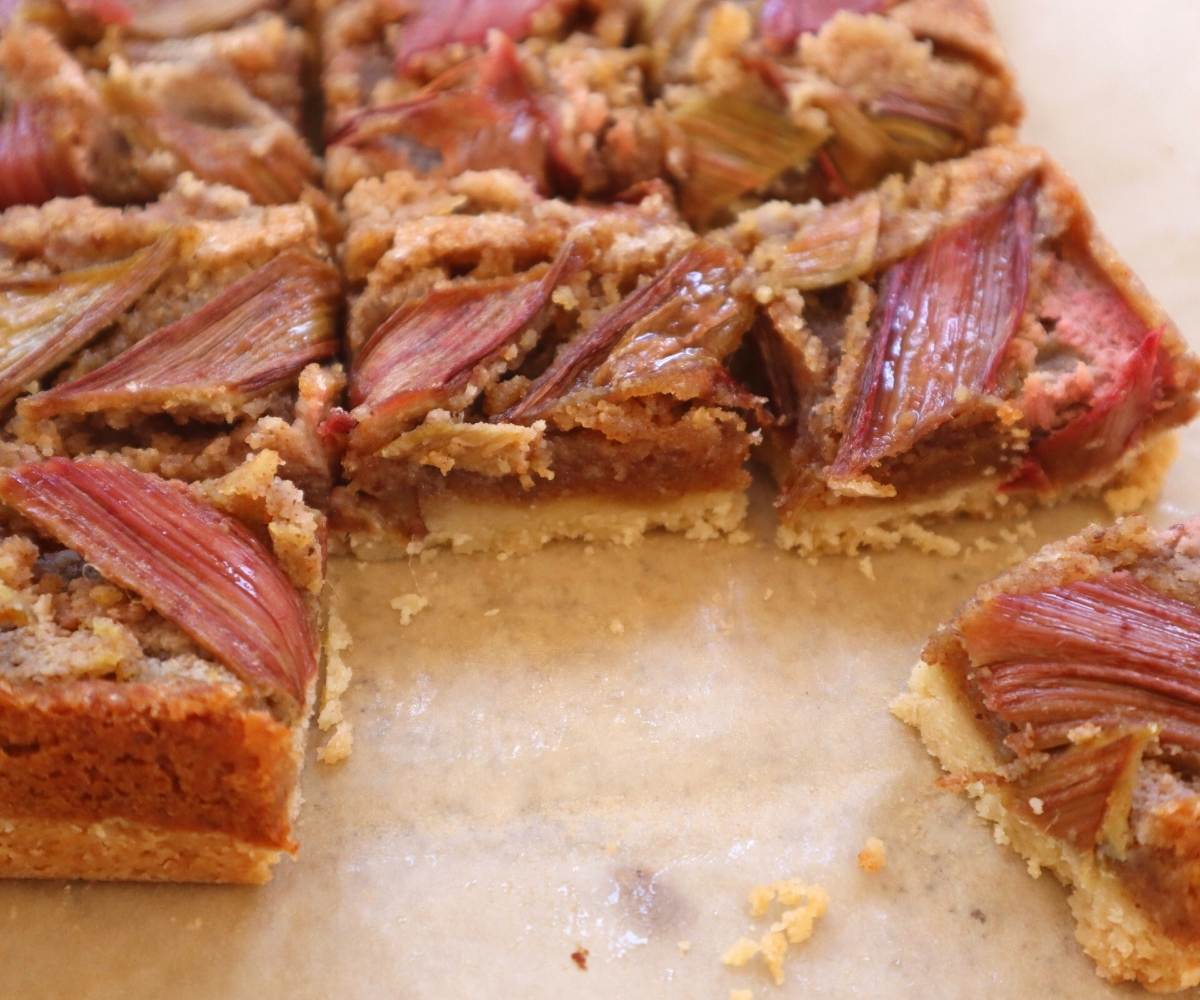 Are we alone in spending the winter dreaming of summer rhubarb? This rhubarb dream bar recipe showcases the best of summer rhubarb. It has layers of tender shortbread-like crust, creamy almond filling, and tart rhubarb tops.

We acknowledge that while many of us dream of rhubarb, we might each have our own rhubarb dreams. For some, a rhubarb dream bar might have more of a rhubarb custard topping. Others might prefer juicy rhubarb topped with a crumble topping. For us, rhubarb dream bars combine our favorite flavors – fresh rhubarb and almond-scented frangipane.

A Short History of Rhubarb

The rhubarb plant is native to China, where it was first cultivated for medicinal purposes. Rhubarb appears in Chinese and Greek medical texts as early as 200 BCE. Rhubarb, along with spices and other luxury items, traveled along the Silk Road. It reached Europe in the 14th century via Aleppo and was known as “Turkish Rhubarb.” Later, overland routes were developed through Russia. The Russian state’s quality control system for rhubarb, known as the “brak,” made it especially prized in 18th century Europe. In Europe, too, rhubarb was primarily used for its medicinal qualities. In the late 18th century, increasing demand stimulated the cultivation of rhubarb on European soil. As it became more available, cooks experimented with rhubarb. Rhubarb arrived on the culinary scene just as sugar was becoming more inexpensive and available and so, has most often found itself stewed with sugar in a pie, crumble, or bar form. British cooks will turn up their noses at the American preference for combining rhubarb with strawberry for an even sweeter dessert.

Rhubarb season is April-July, so we think of it as an early summer treat. Looking for a few more ideas to get your summer off to a sweet start? Look no further! 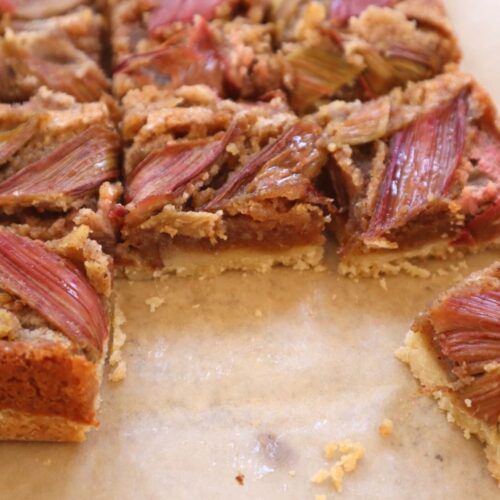 For the buttery shortbread crust:

For the rhubarb topping:

For the top layer:

Rhubarb dream bars keep well for several days in the refrigerator, wrapped tightly in plastic wrap.
Keyword almond, rhubarb, shortbread
Tried this recipe?Let us know how it was!