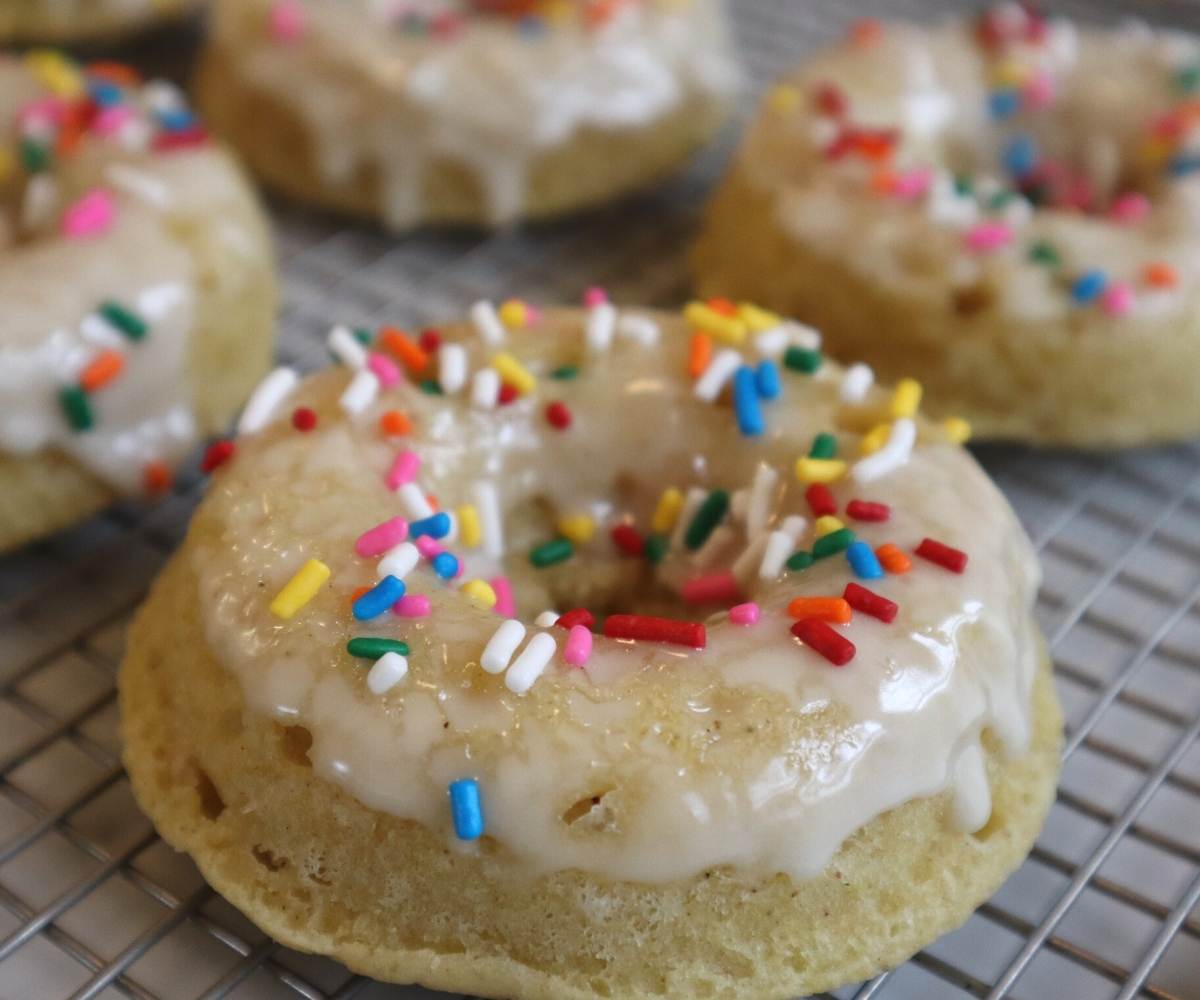 Do you love donuts but hate deep frying things? Or, do you just happen to have a donut pan gathering dust in your pantry? Either way this baked buttermilk donut recipe is for you.

A Short History of Baked Donuts

There is no such thing as a short history of the traditional fried donut; it has a long and storied past. However, the history of baked donuts is short and sweet. Baked donuts are descendants of cake donuts, which emerged in the 1820s in America. Previously, bakers used yeast as a leavening agent for their donuts. The invention and mass-marketing of chemical leaveners in the 19th century led to huge changes in baking, and donuts were no exception. Almost immediately, recipes for “cake donuts” (so-called to distinguish them from yeast donuts) began appearing in American cookbooks. Buttermilk doughnuts soon followed, since the acidity in the buttermilk reacted with the baking soda to provide an extra lift for the donut batter.

Much ink has been spilled over whether cake or yeast donuts are superior, but nothing (that we can find) has been written about the invention of baked donuts, as a (dubiously) healthier alternative to their fried counter-parts. In the absence of any better documentation, we will assume that, like so many other great American baked goods, baked donuts came about because a bakeware manufacturer added a line of baking molds with donut-shaped innovations. We hope that this potentially crass and commercial history won’t turn you off from these breakfast treats since they are, nonetheless, very delicious and a tad less unhealthy than their deep fried counterparts.

Don’t keep buttermilk at home? Here are a few alternatives to real buttermilk:

1) Measure a scant 3/4 cup of buttermilk and top with a tablespoon of lemon juice or white vinegar. Stir together and let sit for five minutes.

Don’t Have a Donut Pan?

You can substitute a mini-muffin pan and enjoy mini donut holes.

Looking for more sweet ways to start your day? Here are a few other options: 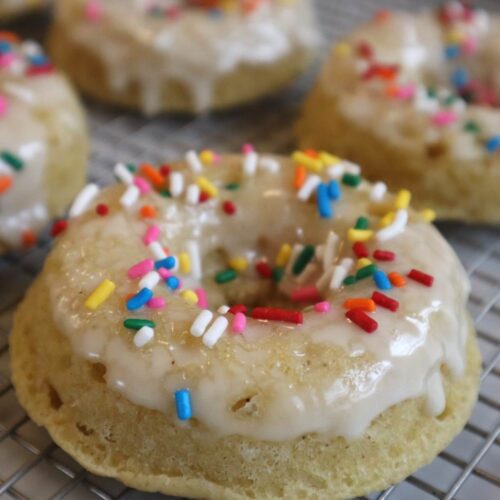 Do you love donuts but hate deep frying things? Or, do you just happen to have a donut pan gathering dust in your pantry? Either way this baked buttermilk donut recipe is for you.
5 from 1 vote
Print Recipe Pin Recipe
Prep Time 15 mins
Cook Time 14 mins
Course Breakfast
Cuisine American
Servings 6 donuts

For the vanilla glaze:

Keyword donut
Tried this recipe?Let us know how it was!