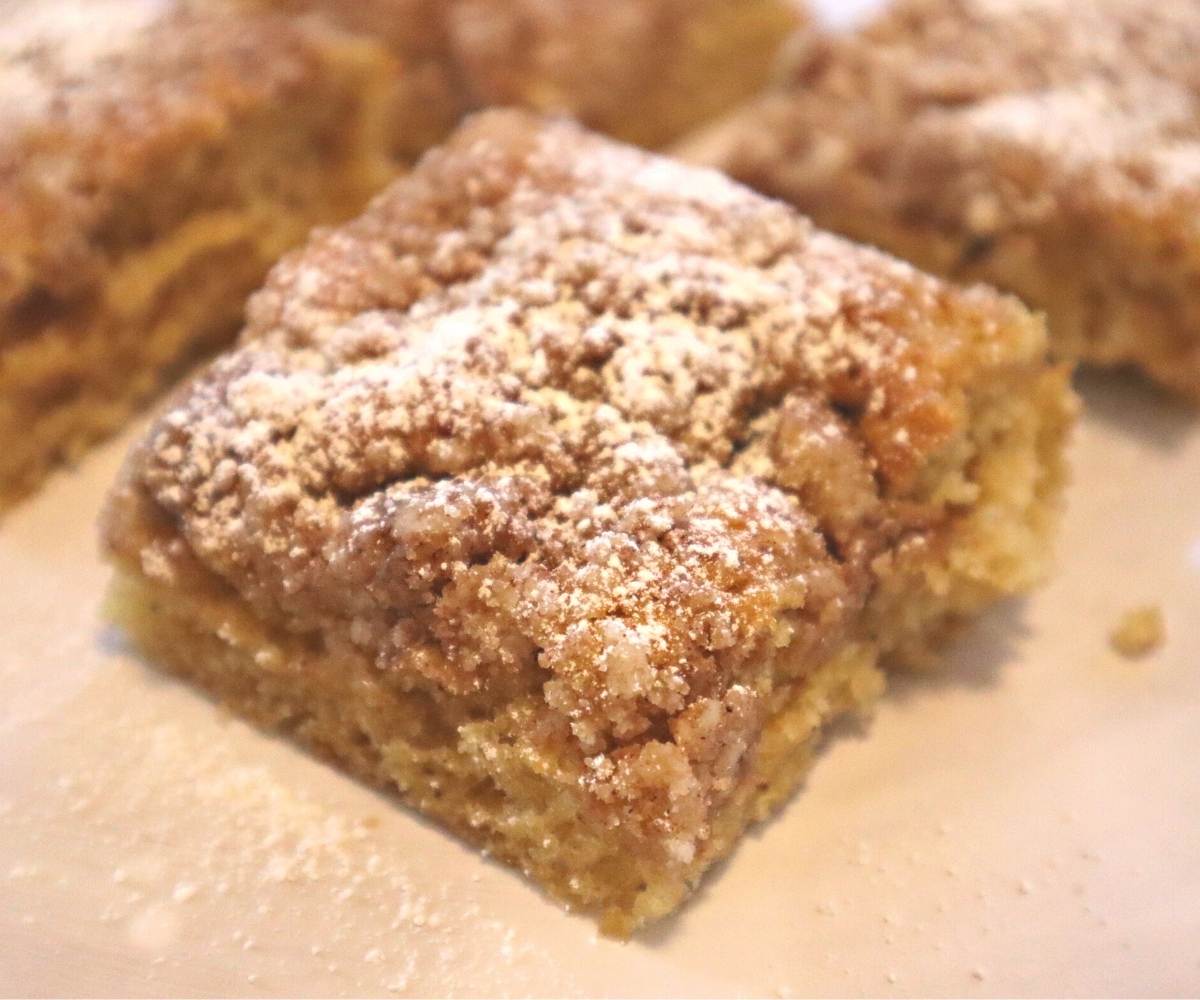 Everyone has a favorite food that they remember from their childhood. One of our favorites were Haribo liquorice allsorts. We bought them with purloined change from the candy store around the store from our school. The (very smart) shopkeeper sold individual pieces of candy for 1 cent apiece and made a (very small) fortune. For graduates of LAUSD schools, the old fashioned coffee cake recipe (1954) from the school cafeteria was just that.

How Did You Get Your Hands On This Old-Fashioned Coffee Cake Recipe?

There were universal cheers when Superintendent Austin Beutner tweeted this recipe in 2018. Sceptics accused him of using the recipe to distract from an impending strike. But, we’ll take the bait! Who wouldn’t want a recipe for a soft cake with a crunchy cinnamon streusel that comes together in about 45 minutes? We have slightly modernized the mimeographed original recipe card that Beutner tweeted. We’ll spare you the terse and slightly cryptic instructions.

1954 was the year of coffee cakes. LAUSD introducing its world famous version. A 15-year-old girl from Chicago named Renny Powell won second place in the junior division of the Pillsbury Grand Bake-Off. She named her blueberry coffee cake recipe “blueberry boy bait”. Judges complimented Renny on the “darling name” of her cake and asked where it came from. According to Renny, she and her best friend would bake the cake in the hope that it would attract “nice young men” to take them out on dates. So, if you are on the hunt for a teenage boy, Renny’s tender blueberry coffee cake may be the one for you.

A Short History of Coffee Cakes and Coffee Chats

Coffee arrived in Europe in the 17th century. Eastern and Northern Europe already had a deep tradition of sweet yeasted breads (known as kuchen or kugelhopf, and the perfect compliment to bitter coffee). A passion for coffee spread quickly in those regions. By the end of the 18th century, coffee was more popular than any other beverage – including beer! Immigrants from Germany (inventors of the kaffeeklatsch, or coffee chat), Holland, and Sweden brought coffee cake to the United States. American versions of coffee cake typically use chemical leaveners, rather than yeast, and incorporate sour cream or buttermilk, resulting in a moist cake-like texture. 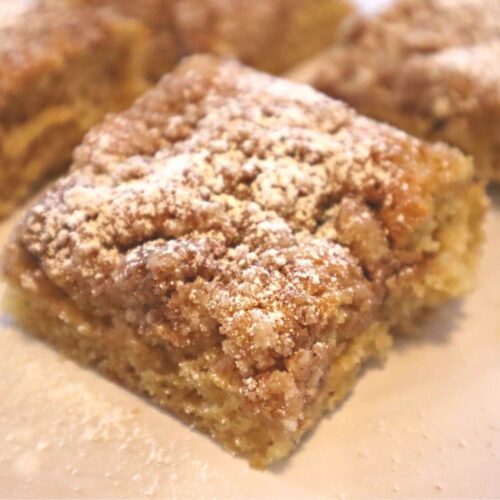 This old fashioned coffee cake recipe comes to us from the Los Angeles Unified School District, where it has been beloved by generations of students since the 1950s.
4.43 from 7 votes
Print Recipe Pin Recipe
Prep Time 15 mins
Cook Time 24 mins
Course Breakfast
Cuisine American
Servings 15 servings

Keyword cinnamon, streusel
Tried this recipe?Let us know how it was!