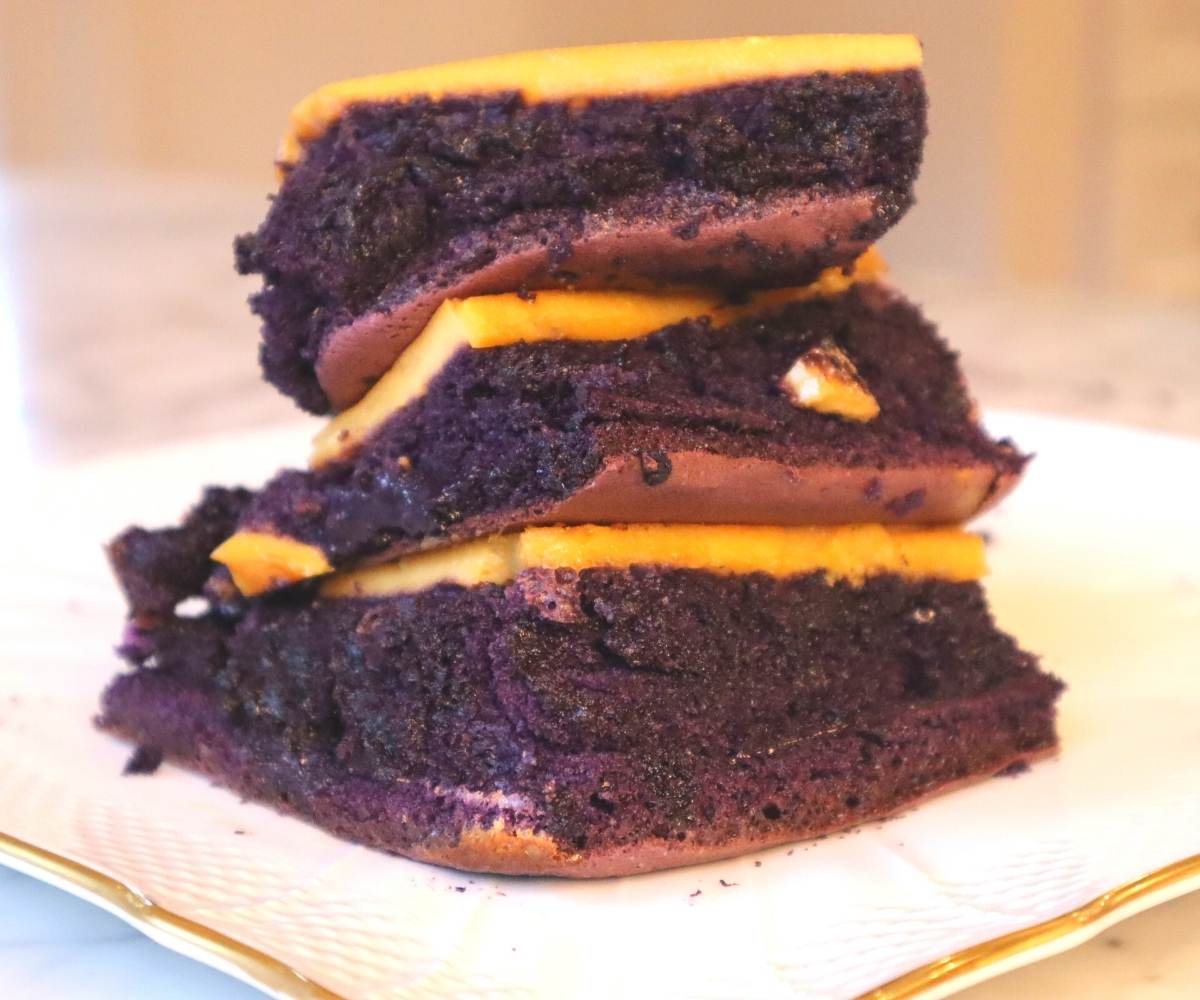 This ube flan cake recipe comes to us from the Philippines. It’s a wonderful amagalm of textures and flavors – a mild, soft ube cake topped with a thin layer of leche flan (Filipino creme caramel or flan).

Ube is a purple yam originally from the Philippines. It has a mild sweet texture and is often incorporated into sweets in ube extract or ube powder form. Ube has been gradually increasing in popularity in the United States since a New York restaurant, Manila Social Club, introduced ube doughnuts in 2016. In the United States, it can be difficult to find fresh Ube, so bakers typically use ube extract or ube powder mix. Bake this cake and find out for yourself!

Ube is the Tagalog word for tuber. So, you would think that it would be as healthy as any tuber. And, like any tuber, it depends! Are you mixing it into a cake that contains a lot of butter and sugar? Yeah, probably not…

OK, OK, You Convinced Me to Buy Ube Extract. What Else Can I do With It?

Stay tuned! We plan on incorporating it into pancakes, waffles, and more cakes!

Tell Me More About This Ube Leche Flan Cake Recipe!

We’ve never been to the Philippines, but apparently the flan cake (a chiffon cake topped with a flan) is a popular treat that comes in many different flavors, not just Ube.

The Romans first domesticated chickens and, for the first time faced with a surfeit of eggs, began to develop new and interesting ways to consume them. A milk and egg-based baked custard was among their many innovations. The “flado” as it was known, traveled Roman colonial routes to Spain, where it was perfected over the centuries. Perhaps the only good thing to come from Spanish colonial ambitions was the spread of the gospel of Flan.

Flan is very popular today in both the Philippines and Mexico. So called “Manila Galleons” linked the Philippines and Spain throughout the Spanish colonial period, bringing spices and other luxury items via Mexico to Spain. The dish evolved in completely different but equally delicious ways. Mexican flan is typically made with plain milk and whole eggs, while Filipino flan contains condensed milk and egg yolks – so it has a more toothsome texture, and sweeter flavor. In this recipe, the light chiffon cake is a bit of a relief (from a texture and sugar quotient point of view) to the density of the thin layer of flan on top. 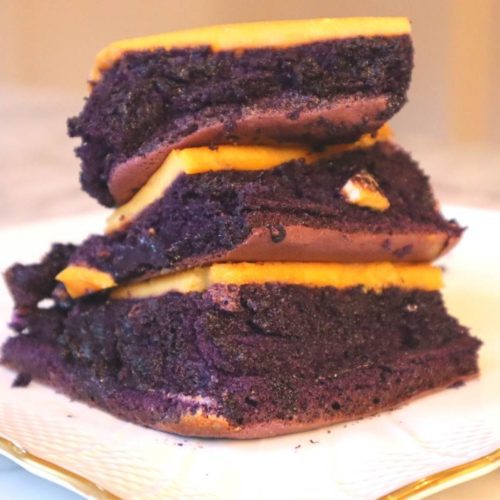 For the Caramel Layer

For the Leche Flan Layer

For the Ube Chiffon Cake

Keyword chiffon cake, flan, ube
Tried this recipe?Let us know how it was!