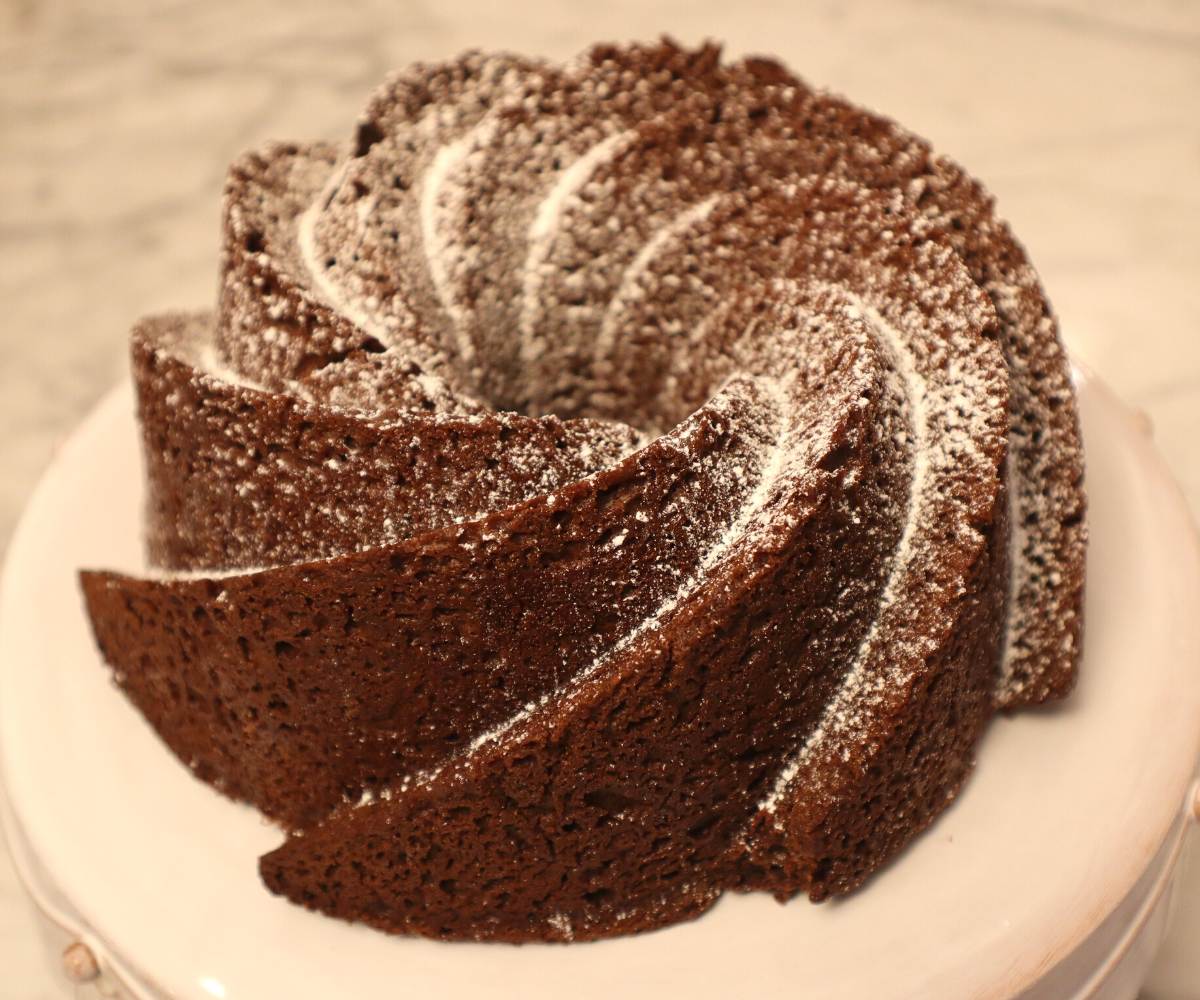 This chocolate sour cream pound cake recipe is moist and tender. We like to bake it in a Bundt pan, so it emerges straight from the oven looking ready to take on center stage of our dessert buffet. The secret ingredient in this cake is the hot coffee. The hot liquid ensures that the cocoa powder is melted, rather than clumpy. The bitter coffee flavor softens the sweetness of the cake.

Pound Cakes originated in Northern Europe in the 18th century. Early recipes were called “pound cakes” because they contained a pound each of four key ingredients – butter, flour, sugar, and eggs. This made the recipes easy to remember but, because they were leavened only with eggs, tended to be on the heavy side. The original version of the recipe is still made in France, where it is called “Gateau Quatre Quarts” or “Four Fourths Cake.” The cake contains equal weights of the same four ingredients. The recipe traveled to the United States, where the first published version appeared in the 1796 cookbook “American Cookery.”

By the 20th century, cooks began to tweak the recipe. Bakers introduced chemical leaveners like baking soda and baking powder to make the cake a bit lighter in the 20th century. A variation, “Sour Cream Pound Cake” also emerged, in which some of the butter is replaced with sour cream. The addition of the sour cream reduces the sweetness of the cakes slightly, and makes it all the more tender. Our version today is only a slight variation thereof, with the introduction of some cocoa and brewed coffee to make it all the more delicious. Pound Cakes are traditionally baked in either a Bundt pan or in a standard loaf pans.

Love bundts? So do we! Here are some of our favorites

Can’t get enough chocolate cake? Neither can we. Here are some more chocolate recipes to consider in your quest for the perfect chocolate dessert: 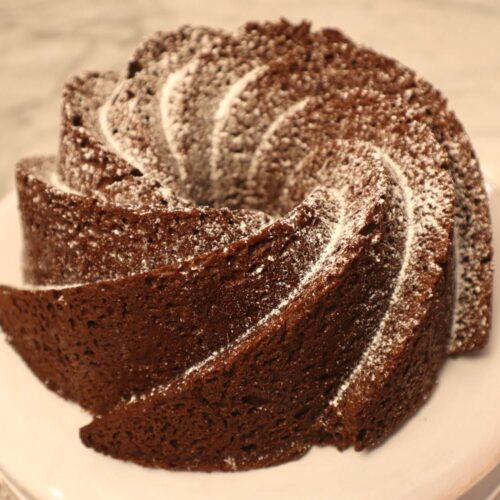 This chocolate sour cream pound cake recipe is moist and tender. It's solidly built and we like to bake it in a bundt pan, so it emerges straight from the oven looking ready to take on center stage of your dessert buffet. The secret ingredient in this cake is the hot coffee, which ensures that the cocoa powder is melted, rather than clumpy, and adds a complexity of flavor.
5 from 1 vote
Print Recipe Pin Recipe
Prep Time 25 mins
Cook Time 1 hr
Course Dessert
Cuisine American
Servings 10 people

This cake keeps well wrapped tightly in plastic wrap or in an airtight container for several days. If you don’t have coffee, you can substitute espresso powder and boiling water, or just boiling hot water. The boiling water is critical to ensure that the cocoa melts and combines well with the rest of the batter.
Keyword chocolate, pound cake, sour cream
Tried this recipe?Let us know how it was!