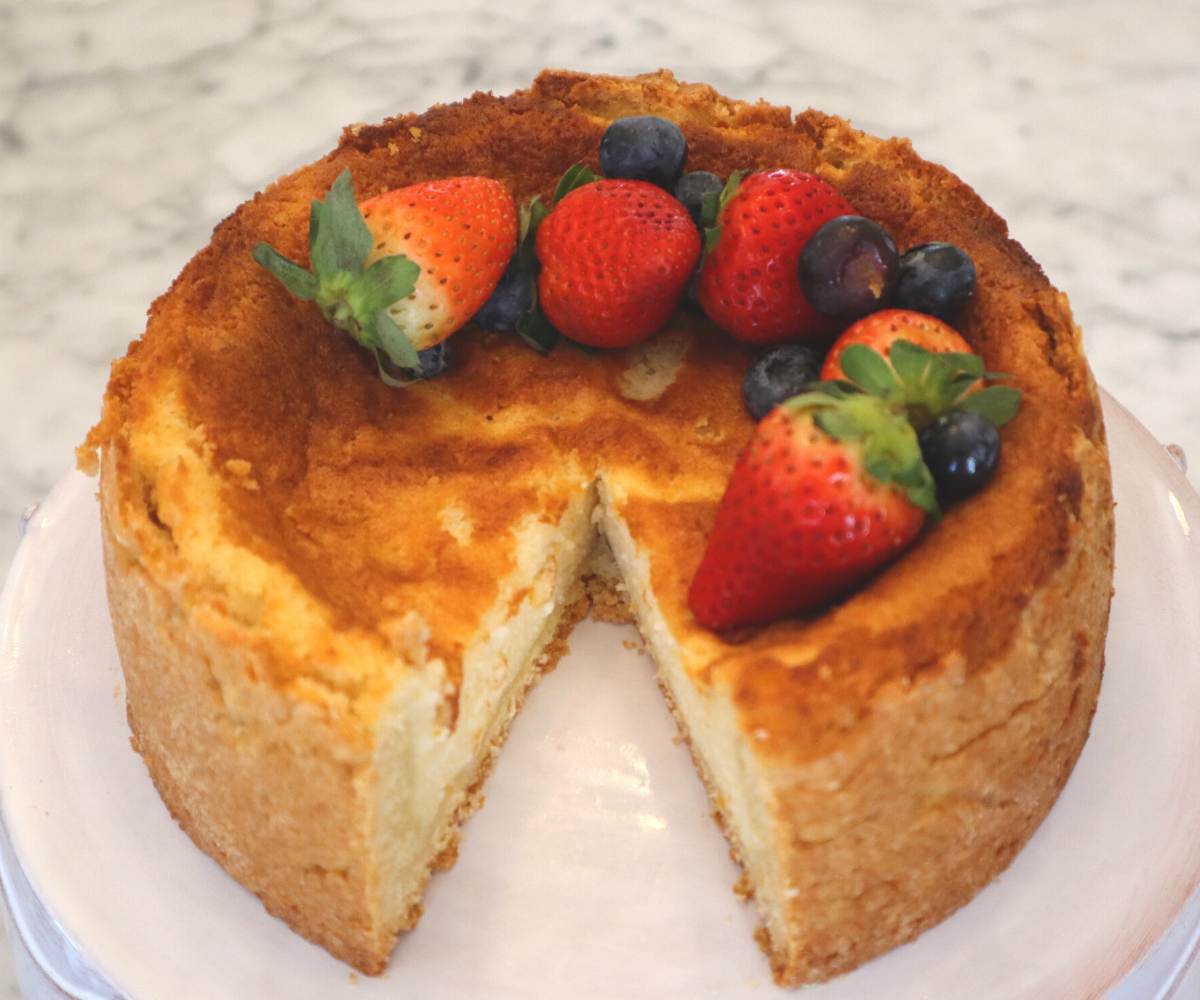 This traditional German cheesecake recipe (or käsekuchen recipe) differs from its North American equivalent in that its essential ingredient is quark, a low fat German fresh cheese, rather than cream cheese. Because of this substitution, German-style cheesecake is much lighter and fluffier than American cheesecake.

There are actually two kinds of quark in this world – the first is an elementary particle, and the second is a soft cheese. Today, since we known nothing about physics, we’ll keep to the soft cheese. Quark cheese is made by warming soured milk until it curdles and then straining it. This sounds gross, doesn’t it? But, think of it more simply as a solidified version of buttermilk, living somewhere between a yogurt and a cream cheese, with its closest relative perhaps being a farmer’s cheese. The flavor is much less tart than sour cream, and the curds are quite a bit smaller than cottage cheese.

Where Can I Find Quark?

Some grocery stores stock imported German quark in the dairy aisle. If you can’t find it locally, you can buy American versions of quark online at the 5 Generations Creamery. Or, if you’ve got a gallon of buttermilk and some time to kill, you can make your own quark.

This Quark Thing Is Annoying. Is There a Good Substitution for Quark?

The short answer is — not really. There are many variations in the “soft unfermented cheese” category, from ricotta to cottage cheese to fromage blanc. Each has a distinct flavor profile, water content, and curd size, so results won’t be consistent if you swap something else in.

A Short History of Quark

Quark is an ancient cheese, with earliest written records dating back to the 14th century. The word “quark” simply means “curd” in German. Prior to the twentieth century, it was a food primarily eaten in rural areas with limited food options and was also sometimes used as animal feed. Quark shot to fame in the inter-war period. Politicians believed that Germany had lost World War I to hunger.

Prior to World War I, Germany imported many of its key foodstuffs including coffee, meat, butter, and sugar. With import blockades in place during the war, Germany could not feed its own people and many died of starvation in 1917-1918. During the Weimar Republic and Nazi periods, the German government sought to achieve “nutritional freedom” by encouraging German citizens to shift their diets towards foods that could be grown in sufficient quantities within Germany. Rye bread replaced white bread, fish replaced beef, and quark was actively promoted in place of butter.

Love cheesecake so much that this German Cheesecake Recipe just isn’t enough? Don’t worry, so do we! Here are a few more favorites.

Love German-style baked goods? You had us at “kuchen”! 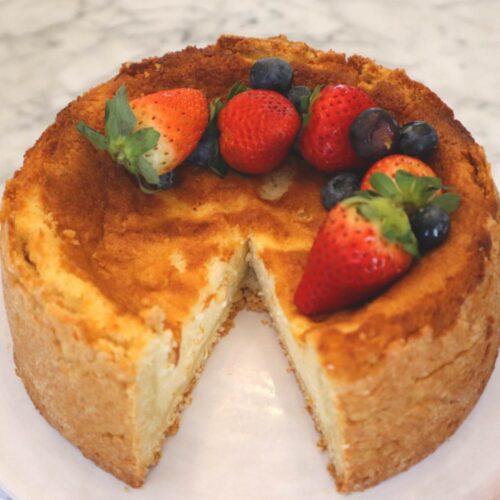 Store any leftover cake in an airtight container for several days in the refrigerator.
Keyword cheese cake, German
Tried this recipe?Let us know how it was!