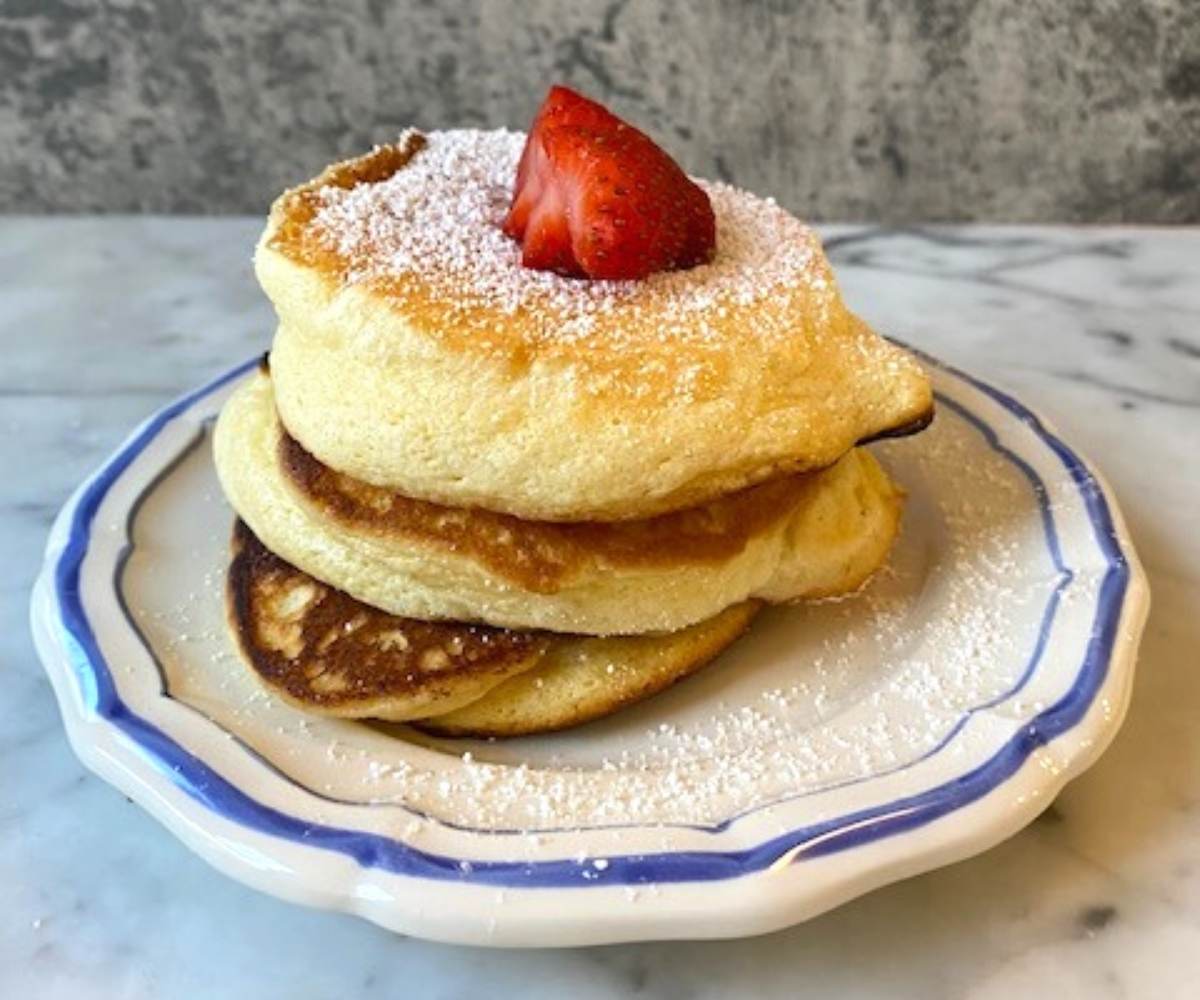 Looking for a light but delicious way to start the morning? We can think of nothing better than this japanese fluffy pancakes recipe!

24 Hour Pancakes (A Short History of Pancakes in Japan)

Pancakes have a long and illustrious history in Japan. Japanese cooks first started frying bits of dough sweetened with red bean as part of the tea ceremony in the 16th century. Perhaps the most famous Japanese version of a pancake (until now!) okonomiyaki, a savory pancake made with an egg, flour, and cabbage batter, emerged during periods of scarcity in the 20th century.

More recently, Japanese chefs applied the same technique with which the heavy American version of a cheesecake was transformed into the delicious jiggly Japanese version we know and love to pancakes. To make fluffy Japanese souffle pancakes, Japanese chefs added whipped egg whites (the key ingredient!) to a traditional pancake batter. With the help of the egg whites, the pancake batter rises extraordinarily high, resulting in a pillowy-soft jiggly version of a pancake, also known as pancake heaven. We heartily approve of the fact that Japanese diners eat these pancakes all day long – not just for breakfast, an innovation that we hope will migrate to the United States along with the opening of Japanese pancake-serving cafes and tea shops.

This souffle pancake recipe is a bit labor intensive between the whipping of egg whites and the careful slow cooking. We recommend saving this project for a lazy weekend morning. We promise that your hard work will be rewarded with the fluffiest pancakes you have ever tasted. While beating and folding egg whites can seem intimidating, we promise it’s not that hard. We found that the trickiest part is waiting until the pancakes are fully cooked to taste them! These were plenty sweet on their own, and especially delightful topped with a bit of whipped cream and some berries.

Looking for more pancake ideas? Check these options out! Seeing all these pancake recipes may provoke a burning desire to learn more about proper pancake cooking temperatures and techniques. If so, be sure to stop by our pancake tips post.

Keyword egg white, japanese desserts, pancake
Tried this recipe?Let us know how it was!