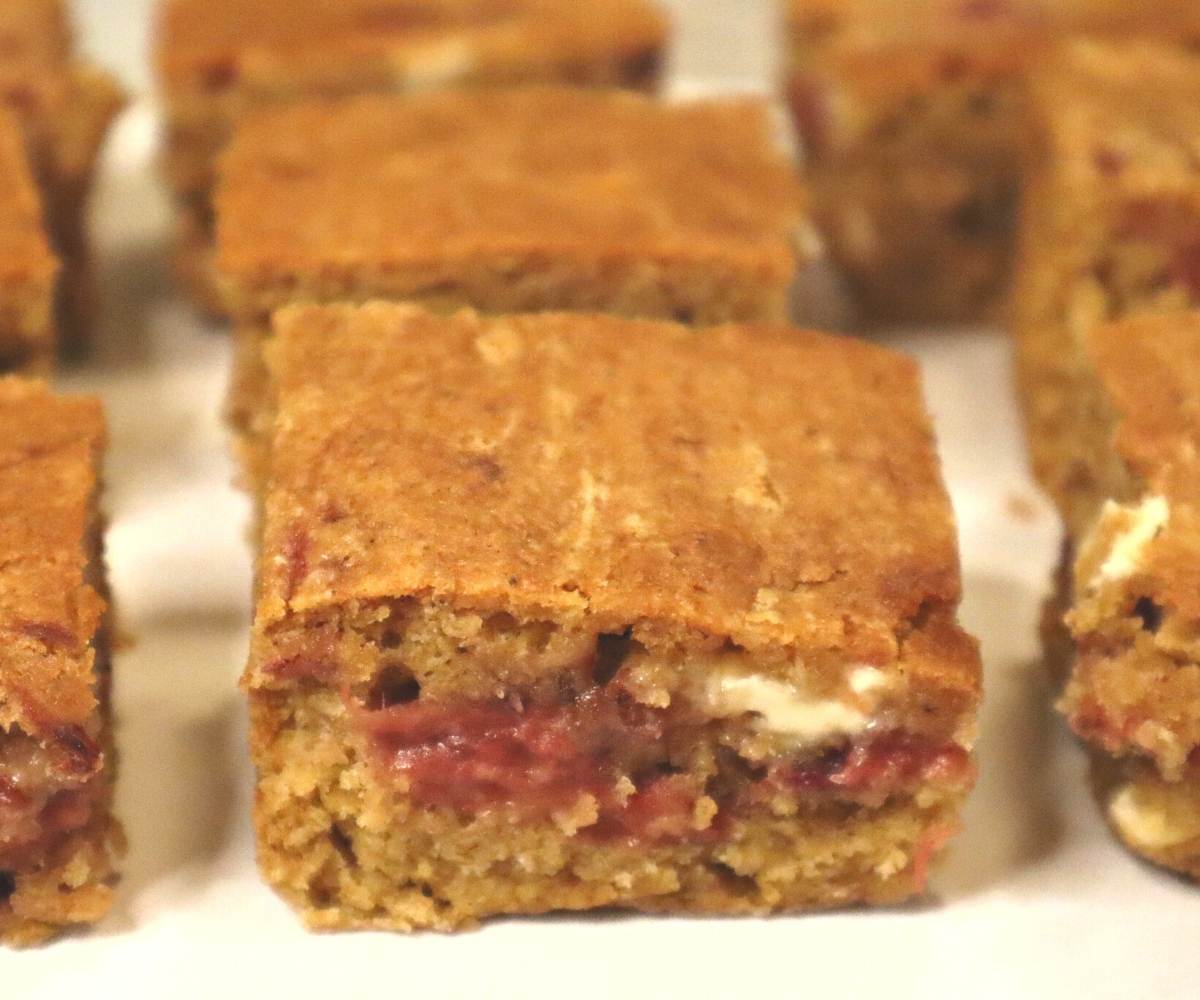 A Short History of Blondies

Blondies are Brownies’ older, wiser, sister. We say this not as an older sister, but as a consumer of blondies, of course. In any case, blondies, emerged in the late 19th century, at a time that molasses was a common sweetener. A recipe for blondies (named Brownies, in the book, perhaps because of their molasses-tinted hue) was first published in Fannie Farmer’s 1896 The Boston Cooking-School Book.

The popularity of the name “brownie,” which was applied to all manner of things including the “brownie” camera, seems very mysterious to us at a distance of 150 years. Palmer Cox wrote a wildly popular series of books with adorable elfin characters named Brownies, inspiring all kinds of brownie-named things. These 19th century Brownies were perhaps the great grandparents of the Trolls of the 1990s. We’re just glad we didn’t grow up eating “troll” cakes.

By 1906, Farmer updated her book and included two recipes for “brownies,” one chocolate, and one vanilla. The name “blondie,” short for “blonde brownies” seems to have emerged as the popularity of chocolate brownies soared, and as molasses was gradually replaced with brown sugar, giving the blondie its iconic blonde color.

We love a good dessert bar. They are quick and easy and store well. Here are some other bar cookies (and of course brownie!) ideas: 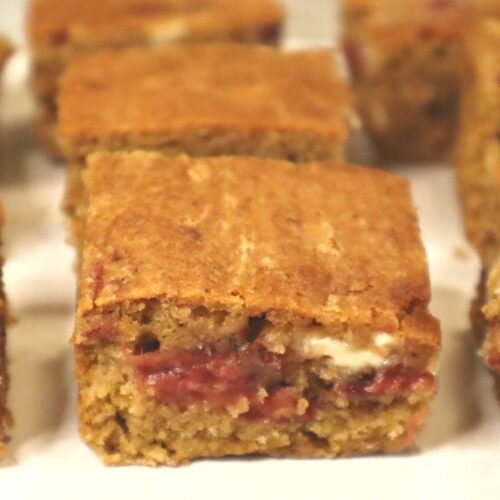 Leftover blondies keep well in an airtight container or ziplock bag for several days.
Keyword strawberry, white chocolate
Tried this recipe?Let us know how it was!