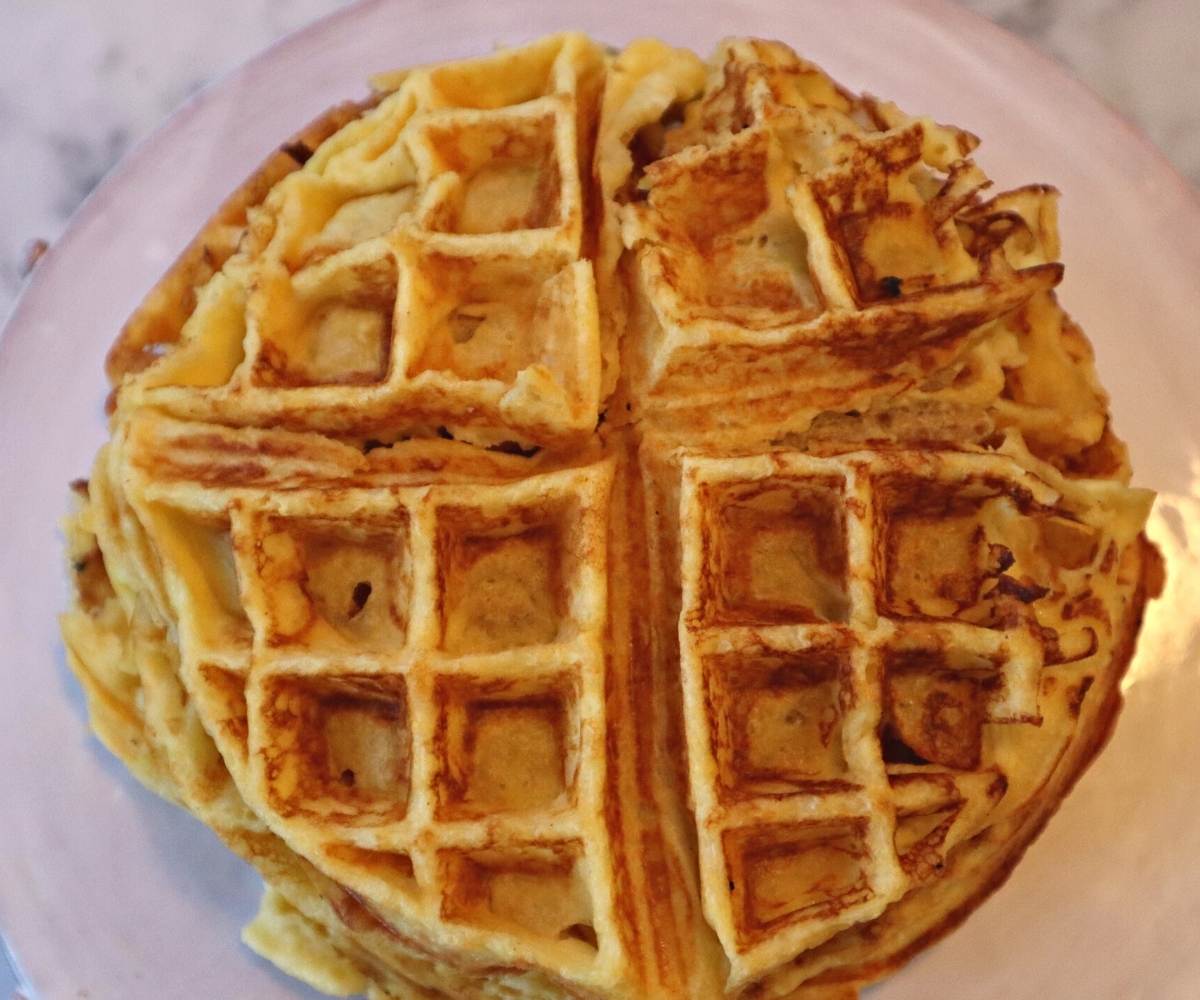 This French waffles recipe is much eggier and lighter than the Belgian version.

A Short History of Waffles in the United States

Waffles were common throughout Europe beginning in the Middle Ages, and came to North American with the first Dutch immigrants. A rising wave of waffle popularity peaked when Thomas Jefferson returned from his appointment as first US ambassador to France in 1789 with a treasure trove of French recipes and a long-handled waffle iron. Waffle “frolics,” essentially a party involving making and eating homemade waffles together, were all the rage from the 18th century into the mid-20th century. By the mid-20th century, many households owned electric waffle makers. Frozen “eggo” waffles (first unsexily named “froffles”) were also common, and waffles became an every day occurrence, rather than something worthy of a party.

Want to host your own waffle frolic? Here are some ideas for decadent toppings to tempt your guests:

So many waffles, so little time! Here’s a brief summary of the different waffle types and what makes each recipe special.

Belgian waffle batters rely on yeast as a leavening agent, and contains a high proportion of butter to flour and milk. There are two main varieties of Belgian waffles – the Liege waffle has a denser cakey texture and is studded with pearl sugar. The Brussels waffle is a little lighter and skips the pearled sugar.

These French waffles contain no leavener other than eggs, and almost no butter. Their relative lightness paired with the deep pockets of a Belgian waffle iron makes them perfect for topping with all kinds of decadent things like maple syrup and whipped cream!

Typical American waffles have a high proportion of fat and sugar to flour and milk, and are leavened with baking powder. This is even more the case if you prefer your waffles chocolate-flavored.

Wanting to give your tastebuds a full tour of the world via waffles? You must also try these Pandan waffles and Mochi waffles.

Picked your waffle? Make sure you’ve got a great waffle maker to cook it in! Check out our article on how to pick the best waffle maker.

Uncooked batter can be stored in an airtight container in the refrigerator for several days, assuming your eggs and milk are not near their expiration date. Cooked waffles can be placed in a freezer-safe ziplock bag and frozen for several weeks. They can then be revived in a toaster oven (homemade eggos!) as needed. 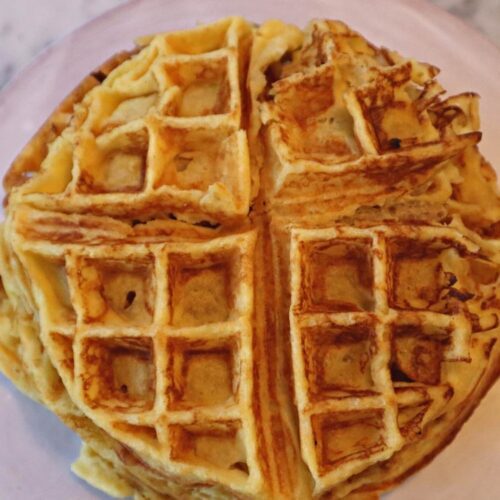 Keyword waffle
Tried this recipe?Let us know how it was!