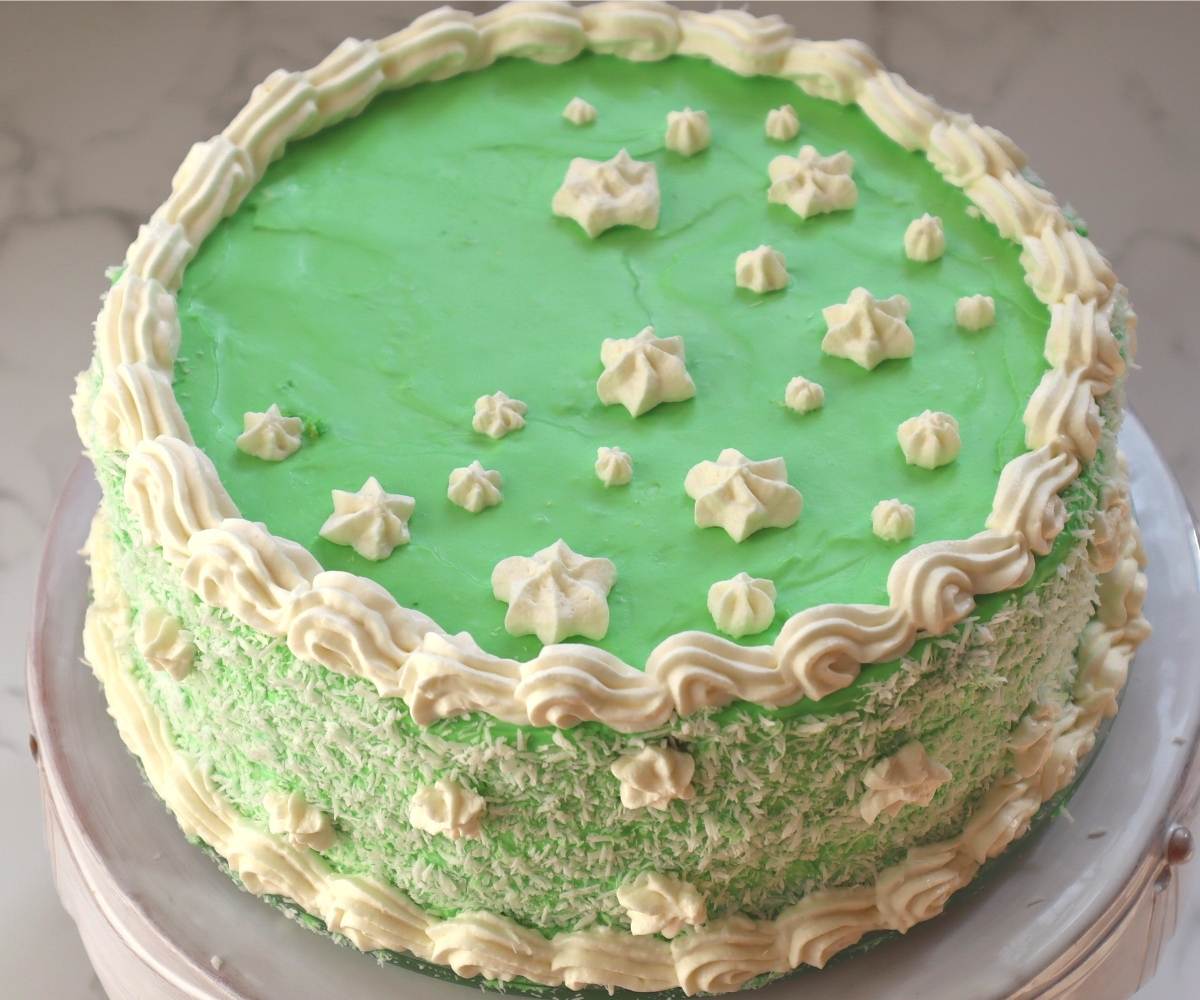 Have you ever wondered what a pandan-scented cloud would taste like? Well, that’s what this cake is. It’s so light and fluffy that you could *almost* sail away. This pandan cake recipe is so light that you will feel almost no guilt after consuming several slices (almost being the operative word, here!).

Pandan is a tropical plant. Its green leaf has a sweet and mild flavor. In Asia it is used much like vanilla in the West, as an additive flavor to sweets. Since pandan leaf can be hard to come by, but pandan extract (also known as pandan paste) is easily available on Amazon or at your local Asian grocery, this recipe relies on pandan extract for its green color and pandan flavor.

Where Does Pandan Cake Come From?

Pandan cake is very popular throughout Southeast Asia. In 2017, CNN controversially named pandan cake the national cake of Singapore and Malaysia. This led to angry reactions from the residents of Indonesia, who claim pandan cake as their own. A version of pandan cake that is layered with young coconut shoots, known as Buko Pandan Cake, is also very popular in the Philippines. Some versions of this cake use coconut milk, rather than dairy milk.

What is a Chiffon Cake?

Harry Baker, a Los Angeles insurance agent, invented the cake in the 1920s. Given on his name, one wonders whether Baker had been genetically pre-programmed to make this exciting contribution to baking history. In any case, Baker sold his cakes to the famous hat-shaped Brown Derby restaurant and private parties. News of this new light yet moist cake traveled fast. The cake became very popular, but Baker refused for many years to share its secret.

Finally, in 1948, he sold the recipe to General Mills, so that “Betty Crocker could give the secret to the women of America.” General Mills introduced Chiffon Cake to the American public in 1948, calling it “the first new cake in 100 years.” The emphasis on the women needing the cake seems especially ironic, given Baker’s success and gender, but we digress. Baker’s secret was twofold: he replaced butter with vegetable oil, and added beaten egg whites to the batter. This mash-up of a traditional butter cake and an angel food cake creates a cake that is light and fluffy, but still very moist. 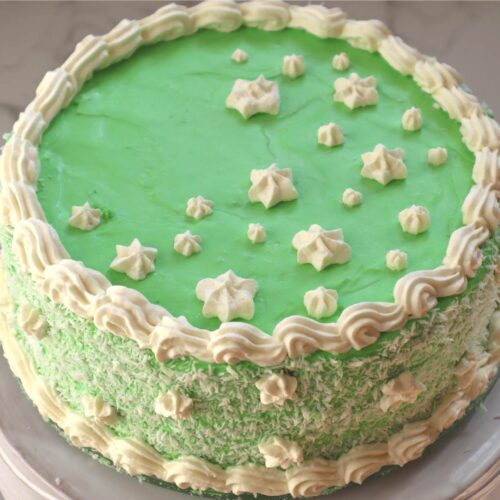 This cake keeps extraordinarily well in a airtight container in the refrigerator.  Ours lasted for several days, until we couldn’t keep our hands off it any longer.
Keyword chiffon, cream cheese, pandan, whipped cream
Tried this recipe?Let us know how it was!