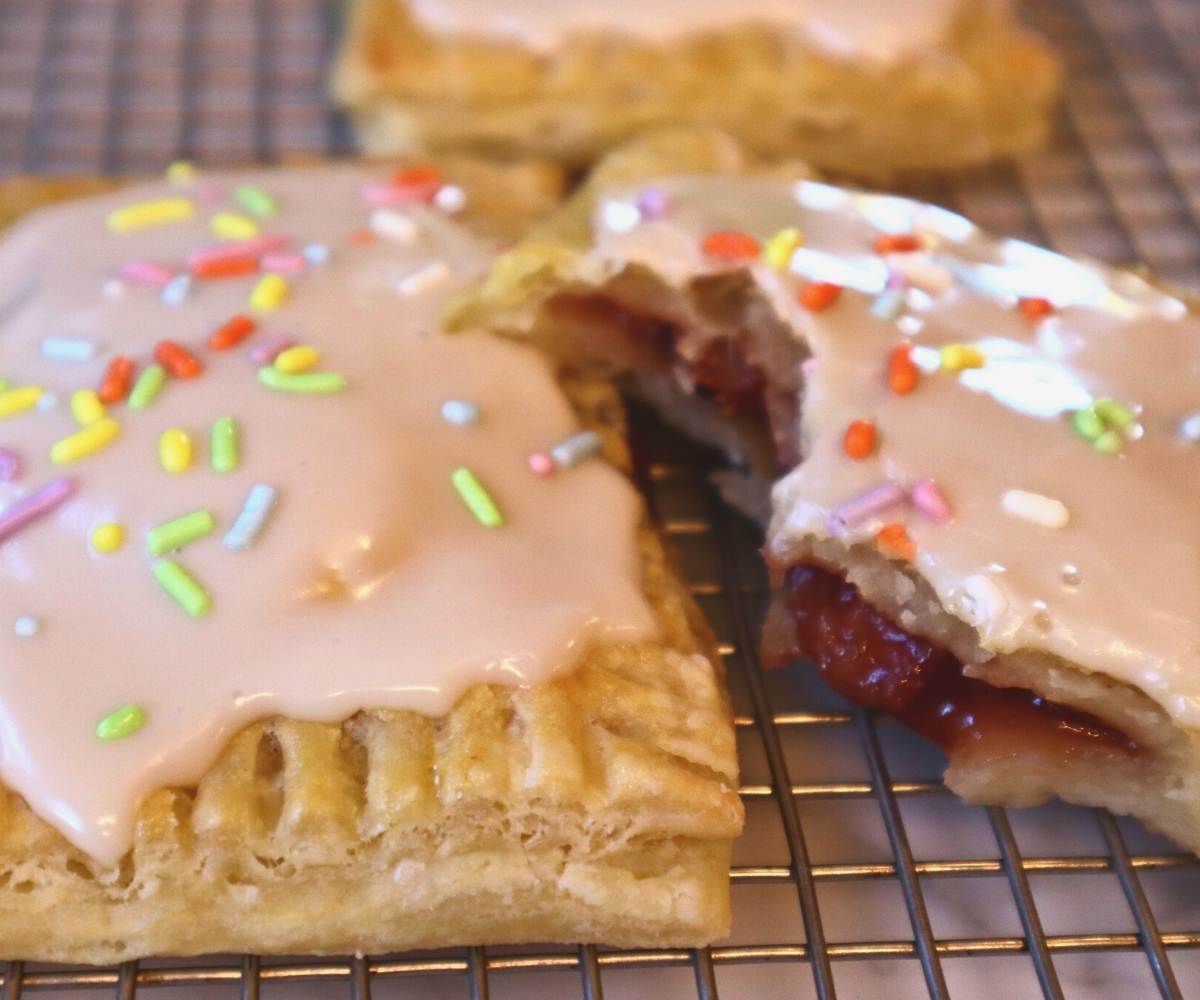 This strawberry pop tart recipe consists of a homemade strawberry jam sandwiched between two layers of pie crust, topped with some vanilla icing. The small child in us would like to thank whoever determined that we could reasonably eat strawberry pop tarts for breakfast. Having made them ourselves, we can confirm that they are most definitely a dessert.

A Short History of Pop Tarts

Kellogg can lay claim to inventing what we refer to today as a pop tart. However, this modern invention would not have been possible without Cornish hand pies, also known as pasties. Pop tart’s Cornish precedents came about as a handy way to use up leftover stew. 19th century miners and farmers alike appreciated their portability and convenience. Pasties travelled with British colonial ambitions. Both Australia and New Zealand developed their own versions, with more or less flaky dough (think pie crust to puff pastry in variation).

In the 1960s, Post first developed new technology to wrap a food in aluminum foil to keep it fresh. The method was first applied to dog food, but Post soon sought more lucrative human adaptations. Post developed a pre-prepared fruit hand pie that could be warmed in the toaster, thinking that it would complement its cereal range. Post unwisely announced the forthcoming project, named “Country Squares” in 1963, in advance of the product being actually ready for market. Kellogg, Post’s biggest competitor, used this six month gap to rush its own version, named “Pop Tarts” into supermarkets. Pop Tarts sold like proverbial hotcakes. Kellogg’s advertising campaign apologizing for the empty shelves, only further spurred demand. Country Squares, meanwhile, never made it off the starting block.

Pop Tarts have been the subject of much controversy over their use of the term “real fruit,” which is frankly debatable given what is done to the fruit to give it endless shelf life. In other fun Pop Tart facts, Kellogg was also sued when a man’s Pop Tart got stuck in his toaster and started a house fire.

1) This recipe looks really long, but I want to make these pop tarts. What do you suggest?

All of the parts of this recipe keep well for several days. You can make them over the course of several days, then assemble on one day, and bake on the next.

As mentioned above, pie crust is a subjective thing. We don’t want to get between you and your favorite crust. You can substitute your favorite pie crust recipe in place of the one we provide here. Or, substitute in pre-made pie dough or puff pastry.

You can also replace the fruit in the filling with another kind of berry or a stone fruit. Raspberry, blueberry, and peach are all very nice.

Love eating dessert for breakfast? Don’t worry we have tons of ideas for how to get your day started in the sweetest way possible: 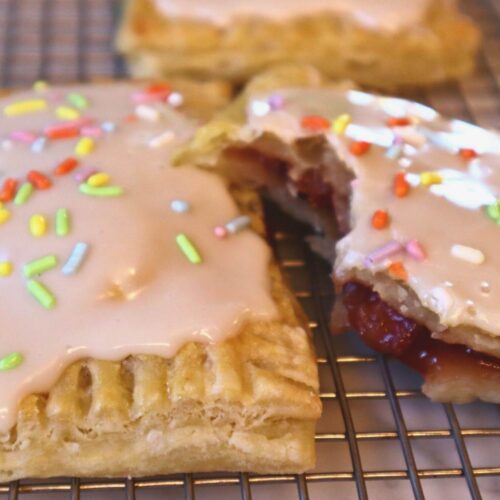 For the flaky pie crust

For the fresh strawberry jam filling

For the egg wash

Next, make the sweet strawberry filling:

Next, form and bake the hand pies:

Keyword frosting, jam, pie, sprinkles, strawberry
Tried this recipe?Let us know how it was!