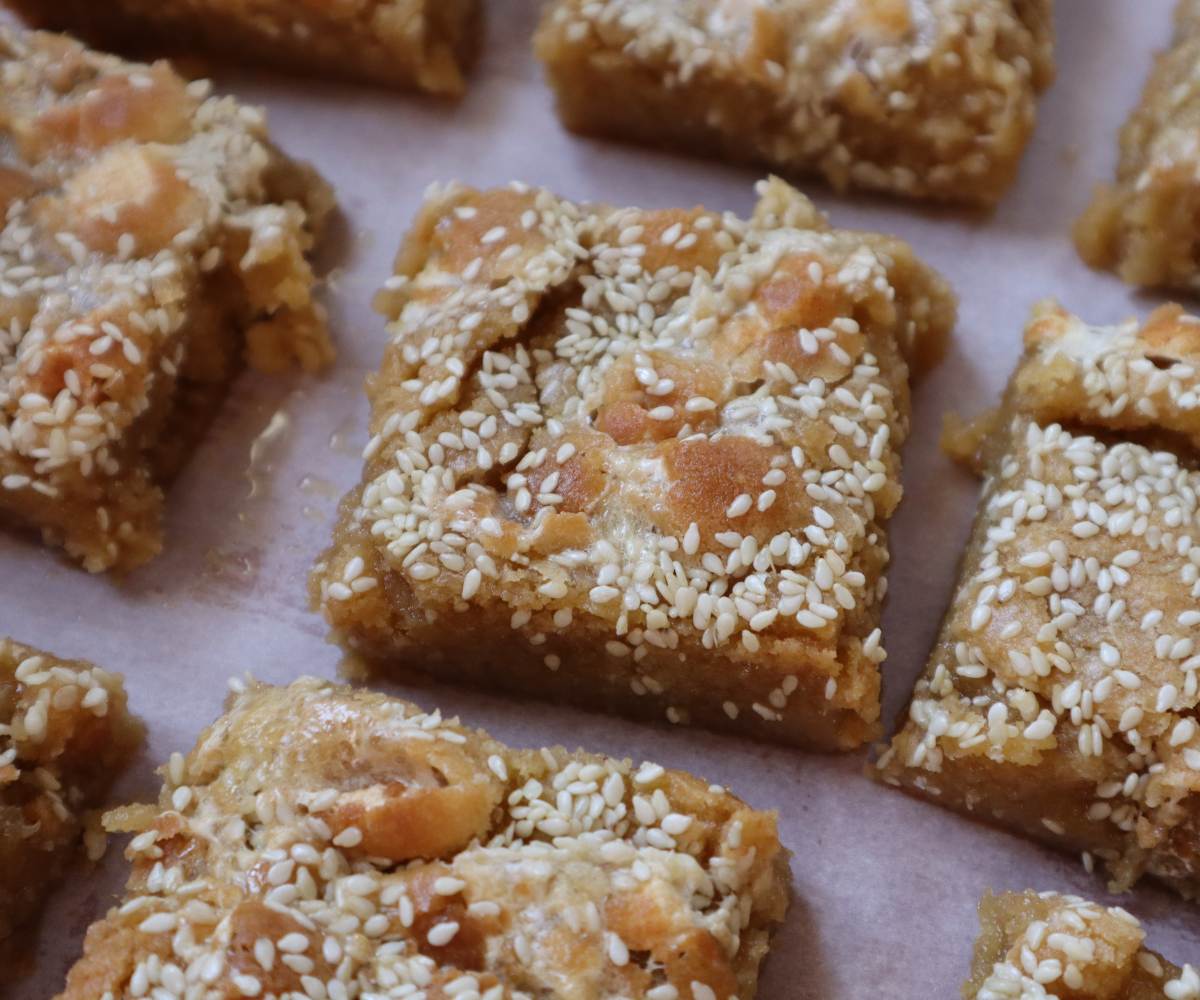 If you were to dream of marshmallows, what would your dreams look like? Ours would be a buttery sesame blondie studded with gooey marshmallows and sprinkled with a crunch of sesame seeds over the top.

A Short History of Blondies

Blondies are Brownies’ older, wiser, sister. We say this not as older sisters, but as consumers of blondies, of course. In any case, blondies, emerged in the late 19th century, at a time that molasses was a common sweetener. A recipe for blondies (named Brownies, in the book, perhaps because of their molasses-tinted hue) was first published in Fannie Farmer’s 1896 The Boston Cooking-School Book.

The popularity of the name “brownie,” which was applied to all manner of things including the “brownie” camera, seems very mysterious to us at a distance of 150 years. Palmer Cox wrote a wildly popular series of books with adorable elfin characters named Brownies, inspiring all kinds of brownie-named things. These 19th century Brownies were perhaps the great grandparents of the Trolls of the 1990s. We’re just glad we didn’t grow up eating “troll” cakes.

By 1906, Farmer updated her book and included two recipes for “brownies,” one chocolate, and one vanilla. The name “blondie,” short for “blonde brownies” seems to have emerged as the popularity of chocolate brownies soared, and as molasses was gradually replaced with brown sugar, giving the blondie its iconic blonde color.

It took another 100 years for brilliant pastry chefs around the world to begin experimenting with combining the savory flavor of sesame with the uber sweetness of blondies. And so, tahini blondies were born.

Aside from their cute names, blondies and brownies are perhaps such a favorite recipe because they are so darn easy. They come together in just minutes. Simply melt the butter, then fold in the rest of the simple ingredients and bob’s your uncle!

Love bar cookies? So do we. Here are some other favorites

Who doesn’t love melted marshmallows in their baked treat? Here are some other marshmallow-themed delights for those of us with a bag of marshmallows calling our name from the pantry. 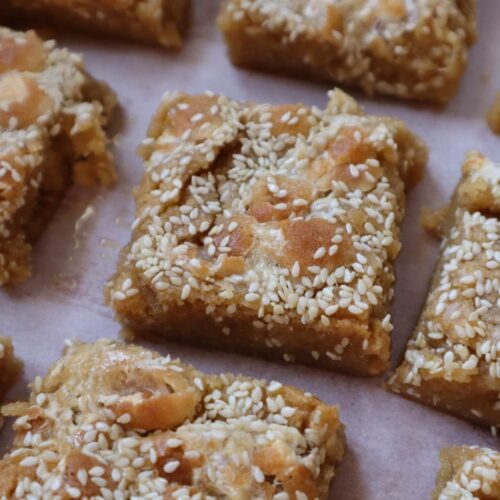 If you were to dream of marshmallows, what would your dreams look like? Ours would be a buttery sesame blondie studded with gooey marshmallows and sprinkled with a crunch of sesame seeds over the top.
5 from 1 vote
Print Recipe Pin Recipe
Prep Time 15 mins
Cook Time 40 mins
Course Dessert
Cuisine American
Servings 16 servings

Blondies will keep in an airtight container or wrapped tightly in plastic wrap in the refrigerator for 2-3 days.
Keyword blondie, marshmallow, sesame seed
Tried this recipe?Let us know how it was!