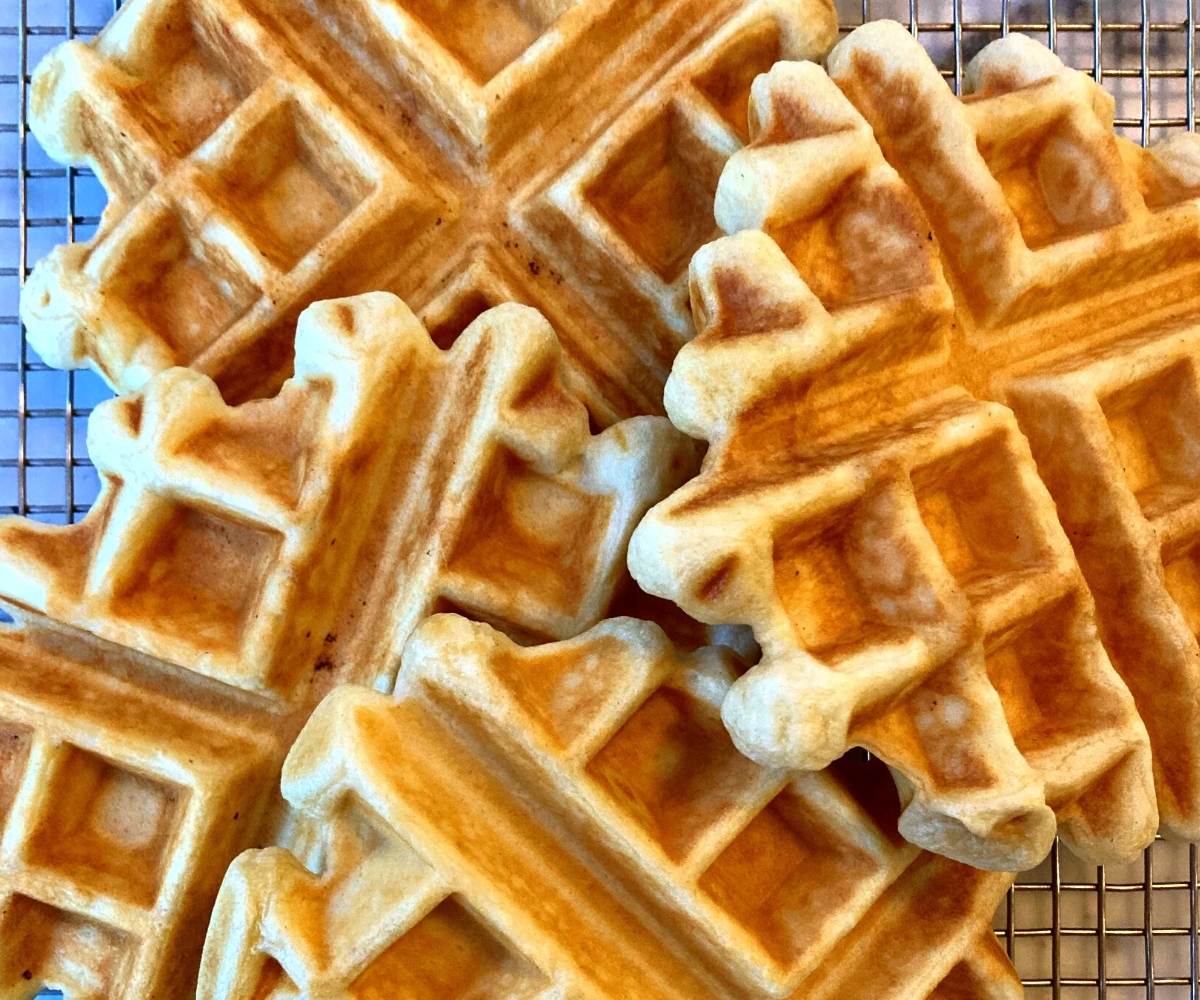 This Liege waffle recipe without pearl sugar allows us to enjoy Belgian waffles without the hassle of buying Belgian pearl sugar.

While American waffles have a long and storied history in the United States, we owe Maurice Vermersch, an enterprising Belgian, for the re-introduction of Belgian-style waffles to America a the World’s Fair in 1964. Vermersch set up a waffle stand. He used his wife’s yeast-based waffles, and sold his waffles topped with whipped cream and strawberries for a dollar. Americans loved Vermersch’s waffles. Vermersch originally referred to his waffles as “Brussels Waffles” (to distinguish them from Liege style). He quickly realized, however, that most Americans had no idea where Brussels was, so renamed the treats “Belgian” waffles. The same, presumably, still holds true of Liege. Liege is a tiny town on the Wallon, or Dutch-speaking, side of Belgium.

Belgian cooks leaven their waffles with yeast and throw in a good deal of butter, making them almost like a toasted brioche. American waffles, in contrast, contain baking powder and/or egg whites and tend to be relatively light. A traditional Belgian waffle iron also has deeper pockets than its American counterpart. If you don’t already own one, however, you don’t need to buy one for this recipe.

Enough about the Belgians! What are Liege Waffles?

The Liegois (inhabitants of Liege) developed a remarkably efficient method for sweetening their waffles. They mixed the rich yeasted dough with pearl sugar, small balls of compressed sugar before cooking. When the pearl sugar comes into contact with the hot waffle iron, it caramelizes. The outside of Liege waffles are crunch and sweet. Since you may have a hard time finding Belgian pearl sugar, we’re making this Liege waffle recipe without pearl sugar. If you really want to be authentic, order your Belgian pearl sugar ahead from Amazon or specialty stores. Be careful, however, not to confuse it with Swedish pearl sugar, which is smaller and used for topping baked goods.

These Belgian liege waffles are very rich, so you won’t need more than one per person. They have a very distinct and special flavor, making them perfect for a celebratory event like Christmas morning.

Looking for more waffle ideas? Check these out:

Useful Tools in Making This Recipe

You’ll need a waffle iron to make this recipe. Need to buy one? Be sure to check out our Top 7 Criteria in Buying a Waffle Maker! 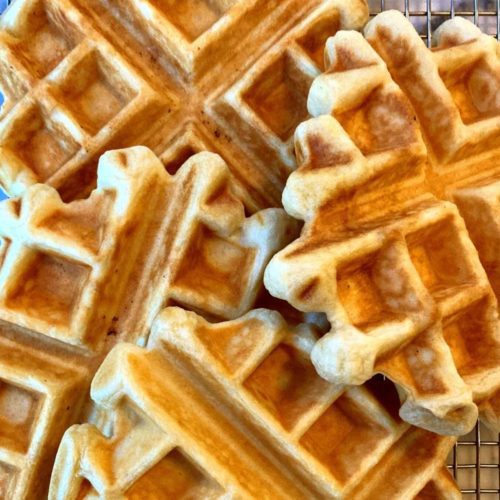 Keyword waflle
Tried this recipe?Let us know how it was!