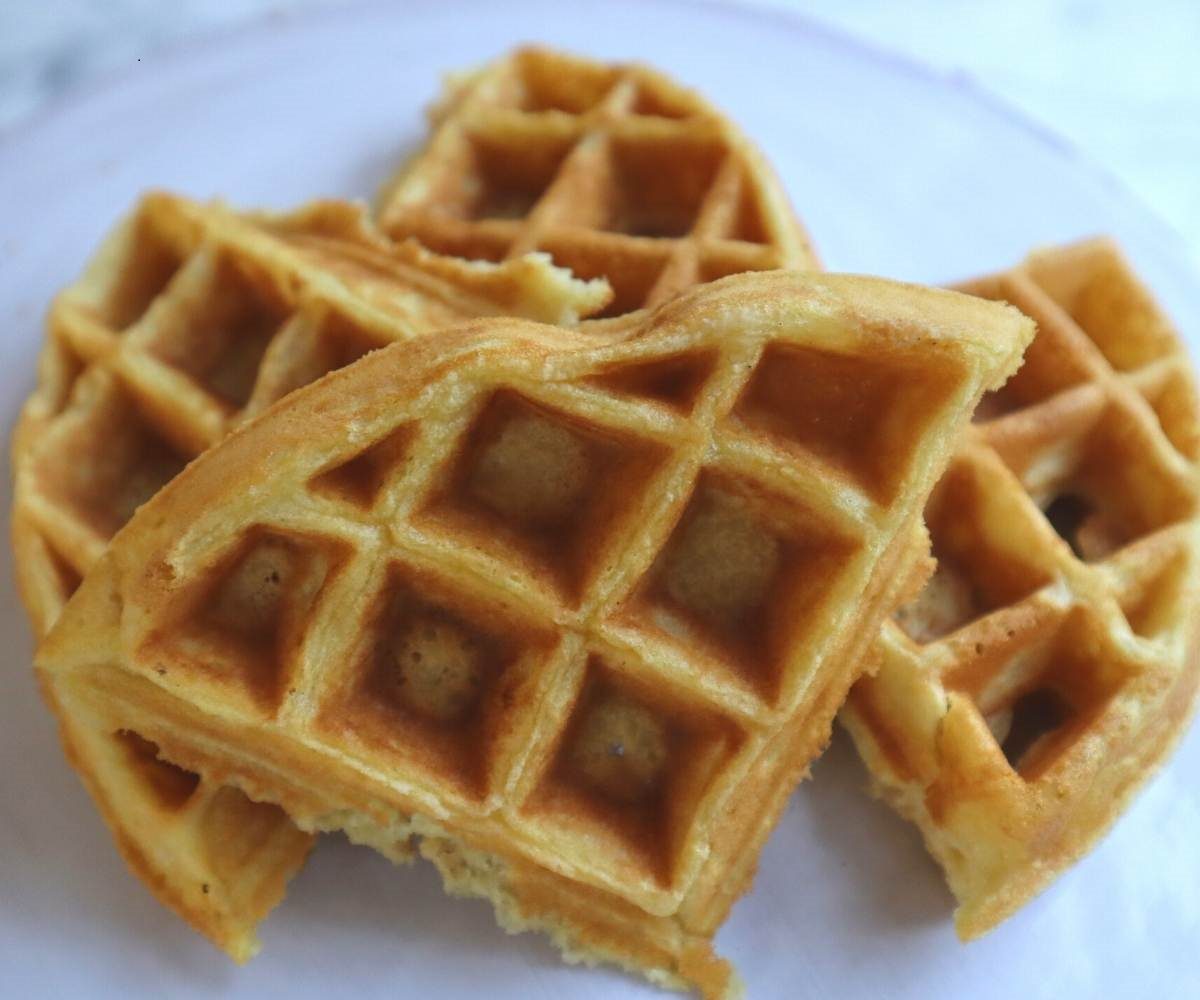 This waffle recipe with applesauce relies on a classic baking swap, replacing some of the oil and all of the eggs with applesauce. Despite the lack of eggs and oil, this recipe produces surprisingly fluffy waffles that aren’t too sweet.

A Short History of Applesauce and Canning

Cooks have relied on apples to add sweetness to their recipes since Roman times. Roman cookbook author Apicius, for example, references a pork recipe with apples. In the middle ages, cooks reduced apples down to a thick sauce for preservation. The first recipes for applesauce on its own, however, don’t appear until 1739, when Eliza Smith printed a version in her “Compleat Houswife”. Applesauce may have benefitted from technological innovations around canning and food preservation that followed shortly. Nicolas Alpert invented a process for hermetically sealing and sterilizing jars of food in 1809, in response to a call from the French Government to develop new methods to make food last longer. At the time, since microscopy was in its infancy, Alpert did not understand why the process work. 50 years later Louis Pasteur was able to explain that the heat killed the microorganisms in the food, allowing it to stay fresh for much longer. An unopened modern pasteurized jar of applesauce will stay good for an astonishing 1-2 years.

Applesauce cakes were popular in the 18th and 19th centuries. The cake was widely promoted during WW1 as patriotic, since it replaced difficult to obtain items like eggs, sugar, and oil, with applesauce. In the 20th century, as health became more of a focus, bakers experimented with replacing oil and sugar with applesauce, with happy results.

Chocolate chips are a perennial favorite of the chocoholics in our house. This recipe is only mildly sweet, so it’s most delicious sprinkled with some powdered sugar or and cinnamon, or topped with a little bit of maple syrup.

Useful Tools for Making this Waffle Recipe with Applesauce 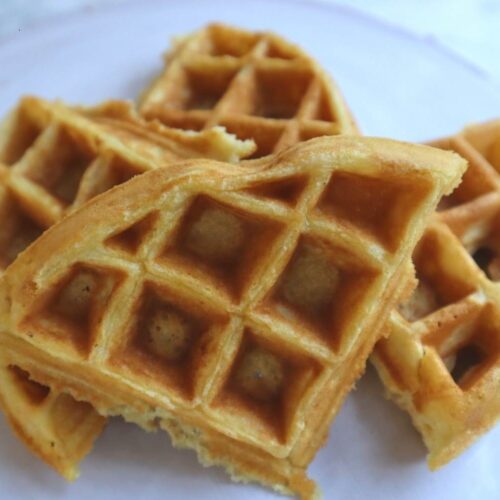 A Waffle Recipe With Applesauce

This waffle recipe with applesauce relies on a classic baking swap, replacing some of the oil and all of the eggs with applesauce. Despite the lack of eggs and oil, this recipe produces surprisingly fluffy waffles that aren't too sweet.
5 from 1 vote
Print Recipe Pin Recipe
Prep Time 15 mins
Cook Time 15 mins
Course Breakfast
Cuisine American
Servings 8 waffles

In the unlikely event that you have leftover waffles, freeze remaining waffles on a baking sheet. Once frozen, store in sealed ziplock bag in the freezer. Revive with a trip to the toaster oven. You can also keep the uncooked waffle batter in the fridge for several days and enjoy quick fresh homemade waffles on weekday mornings!
Keyword applesauce, waffle
Tried this recipe?Let us know how it was!