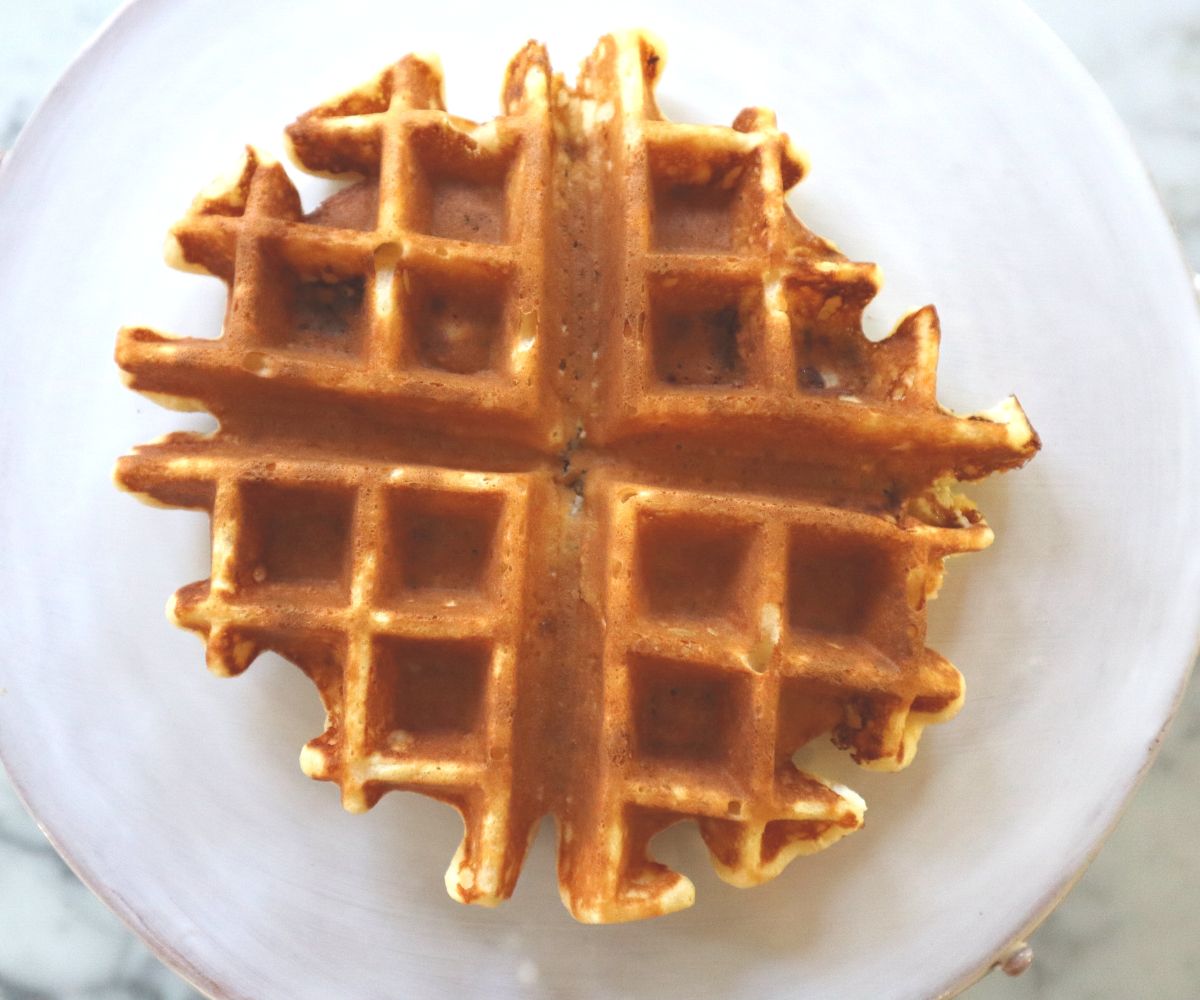 This sour cream waffle recipe will elevate your waffle experience. The addition of sour cream gives these waffles an extra tender texture and delicious tang.

In Norway, waffles are typically eaten in the afternoon as a snack, perhaps after a strenuous trek through the frozen woods or some other wintry-sounding activity. Waffles are a core element of Norway’s extensive hygge (coziness) culture. Norwegian sour cream waffles are quite a bit heartier than their American counterparts, with sour cream included in the batter, and a sour cream and jam topping. Like their Swedish counterparts, these waffles are typically made in a thinner heart-shaped waffle iron (as opposed to the deep pockets of the Belgian waffle maker we generally use in America).

Thankfully for Norwegians abroad, the Norwegian Seamen’s Church has taken on the responsiblity of ensuring that they will never be without their beloved waffles. Each of the 30-odd churches around the world has a cafe where homesick Norwegians (or curious non-Norwegians) can sample a waffle, drink some coffee, and read a Norwegian-language newspaper.

Love waffles? Here are a few of our other favorite waffle recipes.

Can’t decide between waffles and pancakes? Read our Waffles vs. Pancakes: An Epic Breakfast Battle to help with your decision-making. And, here are a few of our top pancake choices to make the decision even harder…

If you’re opting for waffles, you’ll definitely need a waffle maker. Read all about how to decide which one to buy here or, spoiler alert, just pick from these two options: 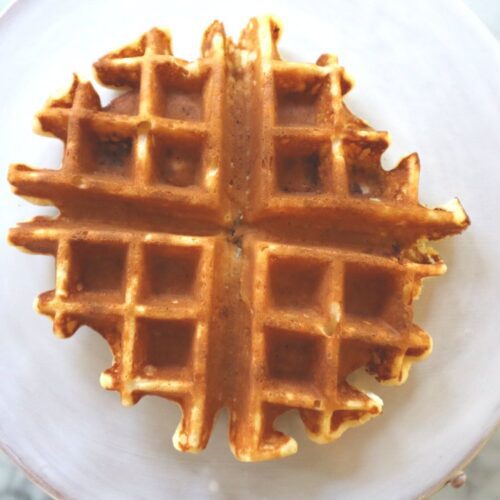 Keyword sour cream, waffle
Tried this recipe?Let us know how it was!